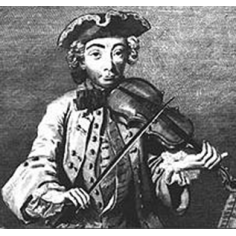 Corrette was born in Rouen, Normandy. His father, Gaspard Corrette, was an organist and composer. Corrette served as organist at the Jesuit College in Paris from about 1737 to 1780.

It is also known that he traveled to England before 1773. In 1780 he was appointed organist to the Duke of Angoulême and some 15 years later died in Paris at the age of 87.

Corrette was prolific. He composed ballets and divertissements for the stage, including Arlequin, Armide, Le Jugement de Midas, Les Âges, Nina, and Persée. He composed many concertos, notably 25 concertos comiques. Aside from these works and organ concertos, he also composed sonatas, songs, instrumental chamber works, harpsichord pieces, cantatas, and other sacred vocal works. 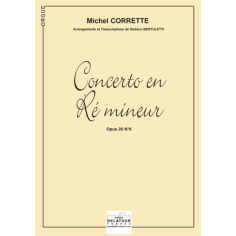 Concerto in D minor for organ 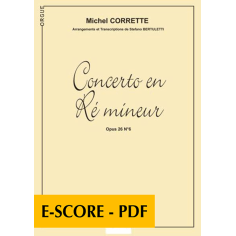