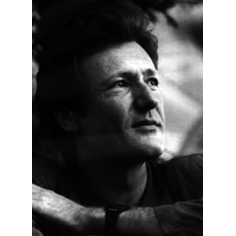 Born in Dakar in 1954, he studied composition under Ahmed Essyad. Artistic director in charge of “Perspective du XXème siècle” (Radio France : 1895-1989), responsible for the classical music department at Koka-Media (Paris : ), he worked also as a musicologist (writing for several revues and dictionnaries , giving conferences), as a music critic (working for Harmonie, Diapason, Monde de la Musique ), as a producer on radio (for France-Musique, France-Culture and “Espace 2” Radio Suisse Romande since 1993).

His music, which is dodecaphonic but not serial, atonal but not to the exclusion of modal colouring, is resolutely based on disappearance of tonal language but achieves this without yielding to fashion or to aesthetic cliques. By functionalizing all the parameters, by distributing them hierarchically in a modular progression, his music attempts, through its composition, to move beyond theories of modernity and to attain, via this inherently transhistorical decision, the “eternal, inmovable essence” of the work of art, of which Baudelaire dreamed. He received a Sacem’s prize (Hervé Dugardin) in 1985.

In 1989 he became laureate of the Henry Clew’s foundation. In 1990 he obtained a grant by the Vuitton Foundation and the year after a new one by the French Ministry of Culture. His works has been performed in France, Switzerland, Denmark, Greece, Japan,Roumania, Marocco, Spain, USA.﻿ 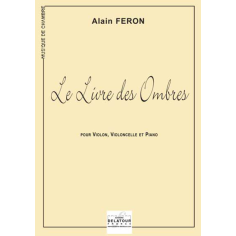 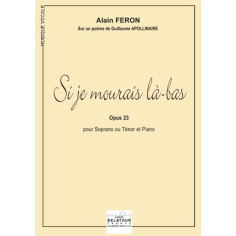 Si je mourais là-bas for soprano or tenor and piano