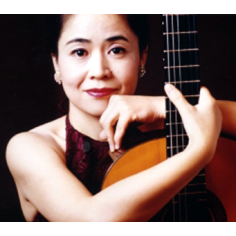 Atsuko Fukuyama was born in Hyogo, Japan and graduated from Doshisha University, Kyoto. She began studying the guitar at the age of nine under Isamu Kawanishi, Toshiaki Kondo and Jiro Yoshikawa, studied guitar duo under Mr. and Mrs. Henri Dorigny and Ako Ito and South American music under Rey Guerra.

In 1979 she won the first prize at the 6th Japan Guitar Competition as the youngest to do so at that time, at the age of 13. Since then, she has made regular appearances on radio programs and performed in Tokyo, Osaka and Kyoto (Japan), and Seoul (South Korea).

Having formed the “Kén Shibata & Atsuko Fukuyama Duo” with her husband Kén Shibata in 1988, she now specializes in duo performance, she published Method Book for Children,vol.1 from the Delatour France in 2005. Fukuyama currently serves as a judge for the Japan Guitar Competition.﻿﻿

Fukuyama currently serves as a judge for the Japan Guitar Competition.﻿﻿ 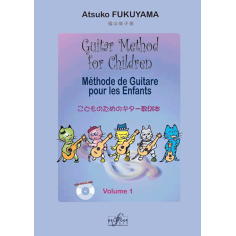