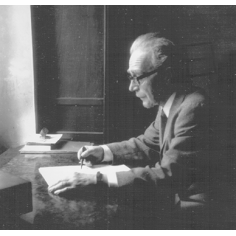 Son of the composer Dynam-Victor Fumet (1867-1949), brother of the writer Stanislas Fumet and father of the flautist Gabriel Fumet, Raphaël Fumet showed his exceptional gifts as a pianist and improviser at a very early age. Parallel to his studies with Vincent d'lndy at the Schola Cantorum, he worked at a number of Paris cinemas, where he was able to improvise directly on the organ to accompany the silent films of the period. His charisma as a musician won him the friedship of many artits, mainly in Montparnasse.

He was associated in particular with painters and sculptors still unknown, such as Soutine, Jeanne Hebutere, Modigliani, Juan Gris, Joseph Bernard and others. By nature very independent and with little interest in the bitter divisions occasioned by the aesthetic quarrels of his day Raphael Fumet withdrew first to the country to the famous College de Juilly in Seine-et-Marne, where he stayed for ten years as director of music.

After the disaster of 1940, he left Juilly with his family and settled at Angers, where he taught piano and harmony at the Conservatoire and served as organist at the Church of SL Joseph, continuing there the tradition of his father in almost total isolation.

Persuaded that his compositions had little chance of being understood by official institutions, Fumet made practically no attempt to promote his music: 'I no longer believe in the success of serious music', he wrote to a friend, 'modern man wants to enjoy in music something completely alien to harmony in the universal sense of the word: he wants the sensual or the 'scientific' but never love that is like the trees and flowers, which seam to him out of fashion and of no interest.' 2 pieces for violin and piano 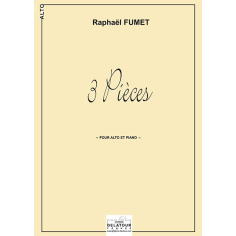 3 pieces for viola and piano 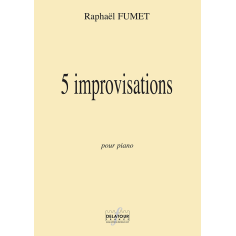 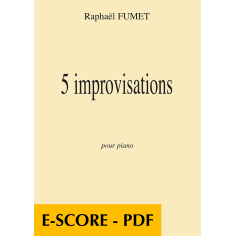 Clarinet and other instruments 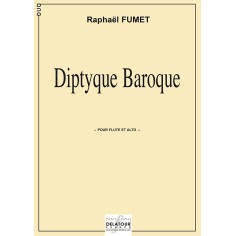 Flute and other instrument

Baroque Diptych for flute and viola 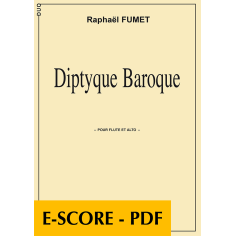 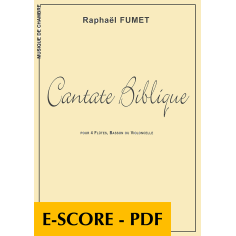 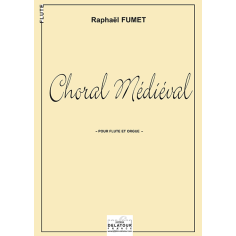 Choral médiéval for flute and organ 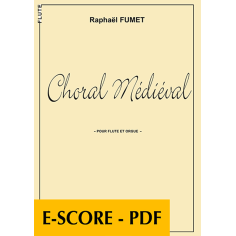 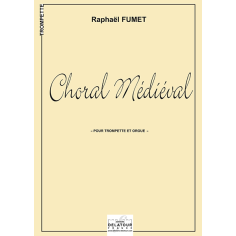 Choral médiéval for trumpet and organ Concertante Ode for flute and piano Foliage for flute and organ Foliage for flute and piano Lacrimosa for flute and piano Lacrimosa for trumpet and organ

FUMET Raphaël
DLT0134
€15.50
Lacrimosa "Tearful" for trumpet and organ
You need to login or create account