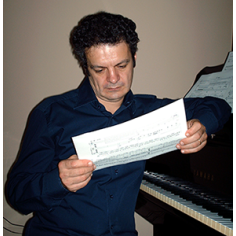 In 1984, Giacometti began publishing contributions in the field of musical pedagogy in Italian specialized journals and in 1988 he co-authored a textbook about music education for the Elementary School. To this day he is carrying on an intense teaching activity in seminars and clinics for music educators. In 2001, Curci musical editions (Milan) has published his book for children Insieme per suonare, insieme per capire, a new approach for teaching music to the children through ensemble experiences.

Giacometti, who is also interested in musical analysis, especially in the pedagogical implications of the discipline for musical composition, was in 1989 one of the founding members of the “Società Italiana di Analisi Musicale” (SidAM). He still contributes to the journal of the society “Analisi” (Ricordi publisher) and he was elected to its governing board for the years 1995-2001.In 1997, for Ricordi editions,  Giacometti translated from German to Italian a Zsolt Gardonyi book on the structure of Fugue in J. S. Bach. In 2003 Edizioni Curci Milan has published his translation in Italian of the American manual about counterpoint: H. Owen, Counterpoint from Josquin to Strawinskj.

In 1999 “Rugginenti” has published his new book on first level composition didactics: Linguaggi e forme per inventare.From 1998 since 2001 he coordinates the Arcana Composer’s Meeting, a project aiming to offer to young composers from all the world a chance for listening their own work, apologizing with their collegues, being informed on more recent production of invited composers.In  Juny 2003, the MMC (Master Musicians collective) has released his orchestral work Il tempo, grande scultore  with the Moravian Symphony orchestra (Vit Micka, director).

In October 2004, the childrens’ opera “Volevo un foglio” has been performed during the “Maggio Musicale fiorentino” 2003-2004 Season.In Juny 2005 has been premiered at the roman Arena of Susa (Turin) the opera of music theatre “olimpiade@metastasio.it”, commissioned for the introductory artistic events of the next Snow Olympic Games2006”.

In May 2006 his work “Sehnsucht und Traum”, selected by a jury together with other 34 scores worldwide, will be performed and recorded at Hungarian Radio for the cycle “Hommage à Bartók”Giacometti’s compositions are actually published by Rugginenti, Ricordi, Suvini-Zerboni, Bérben, EDI-PAN and Editions Musicales Delatour.

In  September 2007, the MMC (Master Musicians collective) will release his piece Quando i venti del mondo mi portarono la voce dei tamburi for large orchestra and four Djembeéswith the Moravian Symphony orchestra (Vit Micka, director).Giacometti has just completed the release of a new work for female voice, ensemble and tape, “Shakti, the great Mother” and is actually engaged in two big projects of musical theatre, as well as didactic operas together with his numerous students in composition.﻿ 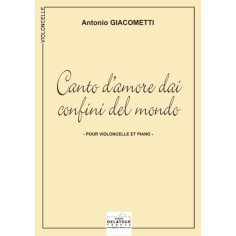 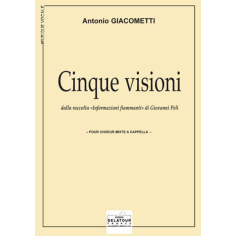 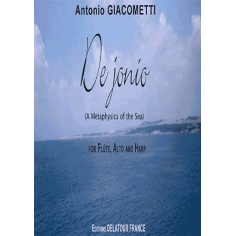 GIACOMETTI Antonio
DLT0277
€17.50
De jonio for flute, viola and harp - A metaphysics of the sea 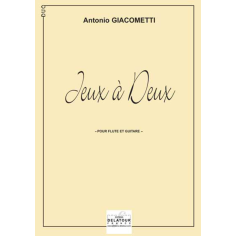 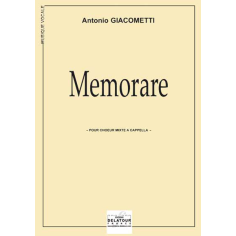 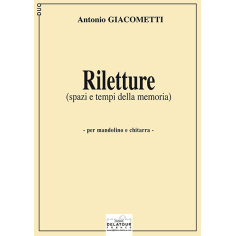 Riletture for mandolin and guitar 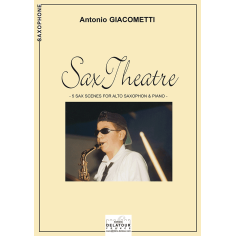 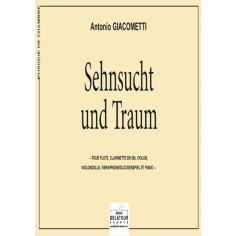 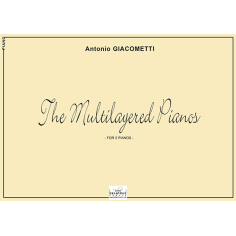 The multilayered pianos for 2 pianos

GIACOMETTI Antonio
DLT0206
€25.00
The multilayered pianos for 2 pianos﻿
You need to login or create account