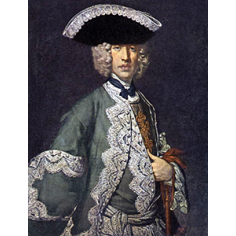 Tommaso Giordani (c.1730 – February 1806) was an Italian composer. Giordani was born in Naples and came from a musical family. His father was Giuseppe Giordani senior who was born around 1695 in Naples, died after 1762, probably in London (no relation to the Neopolitan organist Carmine Giordani b.1685).

Tommaso was trained in Naples and moved with the family to London around 1752. After three years at Covent Garden he brought out his first comic opera. In 1762 he appeared at the Theatre Royal, Haymarket as a singer. In 1764 he settled in Dublin.

He was one of the leading musicians in the Irish capital from 1764 to 1781, when he returned to London; after two years, he came back to Dublin, where he spent the remainder of his life. He had a stake in an opera-house, which he founded in 1783, and in a music shop, neither of which was financially successful.

Among his compositions are a number of operas, an oratorio, Isaac (1767), and a large quantity of overtures, sonatas, concertos, quartets (mostly string quartets, though some with flute or keyboard), trios for violin, flute and basso continuo, songs, etc. He was organist of St Mary's Pro-Cathedral, Dublin, from 1784 to 1798, and conducted a Te Deum of his own at the celebration upon the recovery of King George III, 30 April 1789.

Among his pupils were Lady Morgan, Tom Cooke, and John Field, the inventor of the nocturne, who made his debut at one of Giordani's Rotunda concerts (4 April 1792). His last opera, The Cottage, Festival, was produced at the Theatre Royal, Dublin, 28 Nov., 1796. He died in Dublin. 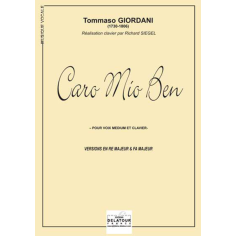 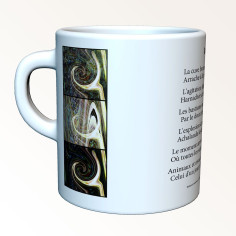