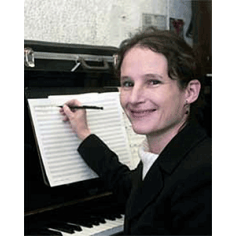 Eliane Aberdam was born in Nancy, France. As a child, she studied piano and theory at the Conservatoire National de Region in Grenoble. She did her undergraduate studies in composition at the Rubin Academy of Music and Dance in Jerusalem.

In 1989, she entered the graduate program at the University of Pennsylvania where she studied with George Crumb, and obtained her Master degree in 1992. She completed her Ph.D. in Composition at U.C. Berkeley.

In 1998-1999, she taught composition, theory and Music technology at the University of Northern IOWA. Her works are performed in Israel, France and the United States. She attended music festivals such as The Bartok Seminar in Hungary, June in Buffalo, the Acadmie d't in Paris, and Voix Nouvelles in Royaumont (France).

In 1995, she was selected by IRCAM for the Annual Course in electronic music, and for the commission of "PaRDeS", an electro-acoustic work for chamber ensemble and electronics.

Her piece for band DOn't quIT, commissioned by the music department at George Washington University, was premiered in February 2002. In September 2003, her trio "Sans faiblir la nuit attend le soleil" was premiered in Grenoble by the trio ASSIEME, during the annual festival of jewish culture, organized by the Cercle Bernard Lazare - Grenoble. She has recently completed an opera, Tamar, (libretto by Maurya Simon) premiered in March 2007).

She is now teaching composition and theory at the University of Rhode Island. 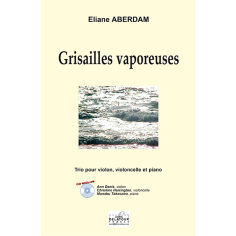 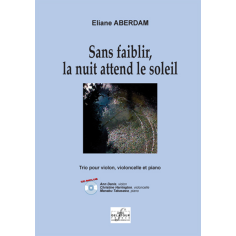 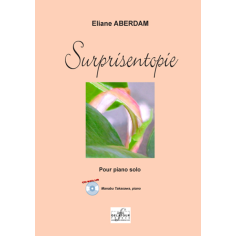 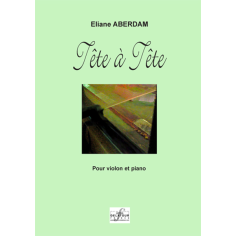