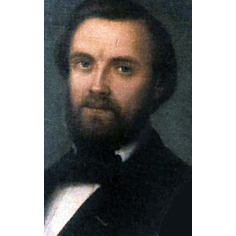 Jacques-Nicolas (Jaak-Nicolaas) Lemmens (3 January 1823 – 30 January 1881), was an organist and composer for his instrument.

Born at Zoerle-Parwijs, near Westerlo, Belgium, Lemmens took lessons from François-Joseph Fétis, who wanted to make him into a musician capable of renewing the organ-player's art in Belgium. Fétis sent him to Adolf Friedrich Hesse in Germany to learn Johann Sebastian Bach's tradition.

n March 1849 he was appointed organ teacher at the Royal Brussels Conservatoire, aged only 26; and he trained numerous young musicians, including two eminent Frenchmen, Alexandre Guilmant and Charles-Marie Widor.

During 1852 he gave organ recitals in Saint Vincent de Paul, La Madeleine and Saint Eustache churches in Paris, where he stunned audiences with his technique. Particularly notable was his brilliant pedal-playing, which owed a good deal to his studies of Bach's music (at the time Bach's organ works were not at all well known in France).

In 1857 he married the English soprano Helen Sherrington (1834–1906), who in the following decade emerged as a leading English concert and operatic singer. He died at Zemst, near Mechelen, Belgium. 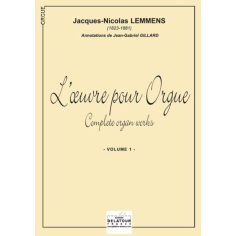 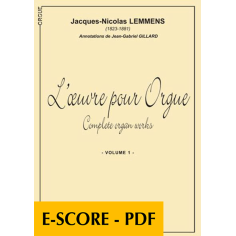