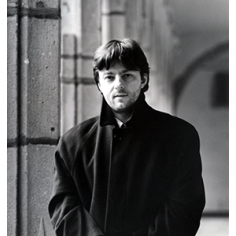 Prof. Thierry Mechler one of the elite number of french organists and pianists whose charismatic playing and technical exellence is universally recognised.

Thierry Mechler bas toured extensively as a solo recitalist and concerto player. He is Professor of organ and Improvisation at the mnst prestigious University in Eurdpe, the Musikhochschule at Cologne in Germany. He bas made many recordings of which the reference can be found in the international catalogue.

He is presently recording with great success the complete organ and piano works of J.S. Bach. Thierry Mechler was born in 1962. He started piano and organ lessons in bis home town of Mulhouse, and then went on to Strasbourg where he studied piano under Hélène Boschi and organ with Daniel Roth at the Conservatoire National de Région : ln 1981, he won fisrt prize with highest congratulations at the « Concours International de Paris », in 1984, he went to Paris to study with Marie-Claire Alain, where he won, in succession a gold medal and a first prize of excellence with congratulations from the jury, in 1986, he won a laureat in improvisation and a first prize for virtuosity with congratulations from the jury in the concert c1ass from Marie-Claire Alain in Paris.

He also studied the Art of improvisation with Jacques Taddei, and won the medal of honour at the contest for composition in Mulhouse : From 1986 until 1989 he was organ master at the Conservatoire National of Annecy. ln 1991 he was accepted in the Société des Auteurs, Compositeurs et Editeurs de Musique and he received the « Europaischen Forderpreis » in Dresde, as an award for bis international career and many recordings.

He is invited each year to numerous prestigious European Organ and Piano Festivals and to Island, Lettland, Korea, South Amerika, USA... As a renowned teacher he is invited every year to Germany, England, Finland, USA, Korea and France to give masterclasses in various academies. 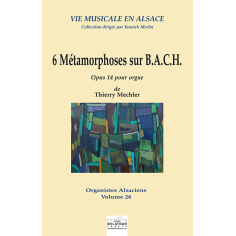 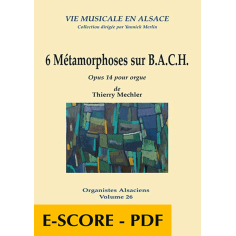 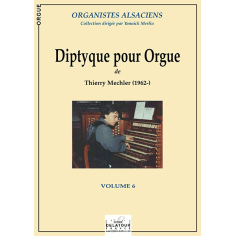 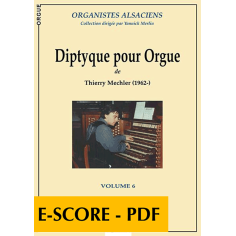