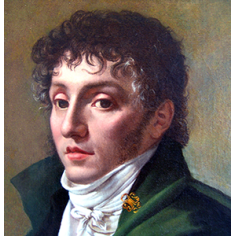 Étienne Nicolas Méhul (22 June 1763 – 18 October 1817) was a French composer, "the most important opera composer in France during the Revolution." He was also the first composer to be called a "Romantic".

Méhul was born at Givet in Ardennes to Jean-François Méhul, a wine merchant, and his wife Marie-Cécile (née Keuly). His first music lessons came from a blind local organist, but he had innate aptitude and was sent to study with a German musician and organist, Wilhelm Hanser, at the monastery of Lavaldieu, a few miles from Givet. Here Méhul developed his lifelong love of flowers.

In 1778 or 1779 he went to Paris and began to study with Jean-Frédéric Edelmann, a harpsichord player and friend of Méhul's idol Christoph Willibald von Gluck. Méhul's first published composition was a book of piano pieces in 1783. He also arranged airs from popular operas and by the late 1780s he had begun to think about an operatic career for himself. In 1787, the writer Valadier offered Méhul one of his libretti, Cora, which had been rejected by Gluck in 1785.

The Académie royale de musique (the Paris Opéra) put Méhul's work, under the title Alonzo et Cora, into rehearsal in June 1789. However, the rehearsals were abandoned on 8 August, probably because the Opéra had been suffering severe financial difficulties throughout the 1780s, and the opera was not premiered until 1791.

In the meantime, Méhul found an ideal collaborator in the librettist François-Benoît Hoffman, who provided the words to the first of Méhul's operas to be performed, Euphrosine. Its premiere in 1790 was an immense success and marked the composer out as a new talent. It was also the start of his long relationship with the Comédie Italienne theatre (soon to be renamed the Opéra-Comique).

In spite of the failure of Cora in 1791 and the banning of Adrien for political reasons the year after that, Méhul consolidated his reputation with works such as Stratonice and Mélidore et Phrosine. During the French Revolution, Méhul composed many patriotic songs and propaganda pieces, the most famous of which is the Chant du départ. Méhul was rewarded by becoming the first composer named to the newly founded Institut de France in 1795. He also held a post as one of the five inspectors of the Conservatoire de Paris. Mehul was on friendly terms with Napoleon and became one of the first Frenchmen to receive the Légion d'honneur.

Méhul's operatic success was not as great in the first decade of the nineteenth century as it had been in the 1790s, although works such as Joseph (1807) became famous abroad, particularly in Germany. The failure of his opera Les amazones in 1811 was a severe blow and virtually ended his career as a composer for the theatre. Despite his friendship with Napoleon, Méhul's public standing survived the transition to the Bourbon Restoration intact. However, the composer was now seriously ill with tuberculosis and he died on 18 October 1817.

His grave is at Père Lachaise Cemetery, near the grave of the Belgian composer, his contemporary François Joseph Gossec. In 1797 Méhul adopted his seven-year-old nephew, composer Joseph Daussoigne-Méhul, and his younger brother. He played a major role in his nephew's musical education and career; counting him among his pupils at the Conservatoire de Paris. After his death, Daussoigne-Méhul notably completed his unfinished opera Valentine de Milan which premiered at the Opéra-Comique in 1822. He also wrote new recitatives for his opera Stratonice in 1821 for a revival of that work in Paris. 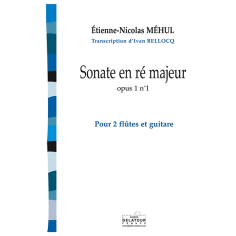 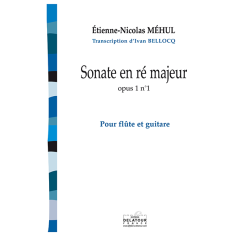