Born in Japan in 1960. Takashi Ogawa studied piano, trumpet and then guitar. At the age of 17, he won the first prize in a guitar contest and was invited by the Yokohama Orchestra (near Tokyo) to perform as a soloist. From 1979 to 1980, he studied guitar under Hector QUINE. He also studied musical interpretation and analysis with Jean KEMP-POTTER in the Guildhall School of Music and Drama in London.

In 1981, he took part in the Master Class of Andes SEGOVIA, in Grenada and soon after went to l Ecole Normale de Musique in Paris where he studied guitar under Alberto PONCE. He mainly studied analysis, history of music and chamber music for which he obtained diplomas.

In 1985, he studied at the Conservatoire National de Région d Aubervilliers-La Courneuve under Alberto PONCE. In that same year, he won the first prize with a highly recommended unanimous vote from the jury. He is the award winner of many international contests. He has performed in several European Countries. He continued studies of harmony and counterpoint with Gerard CASTAGNET, Jean-Michel BARDEZ and Pierrette MARI. He then started composing. Immediately, his compositions were admired and are played in many countries.

Several pieces have already been recorded in different countries. His works are also frequently used in music conservatories and international contests. The curiosity and musical resourcefulness of Takashi OGAWA inspired him to write many compositions of different styles going from the very classical to the most contemporary. He frequently receives large-scale orders.

Although most of his pieces are written for guitar, he also composes for all sorts of combinations of instruments as well as for orchestras. He is equally fascinated by musical educational writing, chamber music with guitar as well as by works of higher virtuosity. 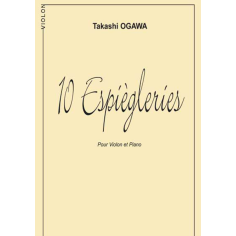 10 espiègleries for violin and piano 2 caprices for violin and piano 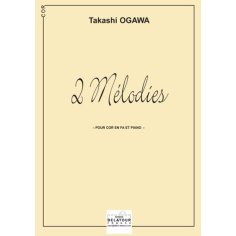 2 melodies for french horn and piano 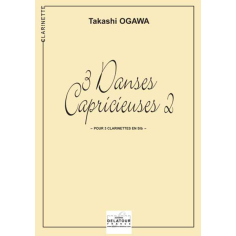 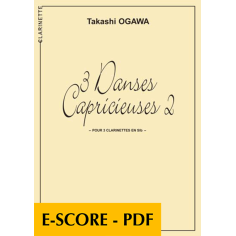 3 dédicaces for flute and piano

4 nostalgies for flute, viola and guitar 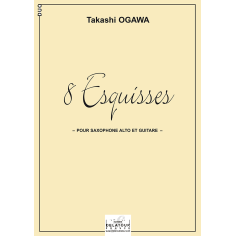 Guitar and other instrument

8 esquisses for alto saxophone and guitar 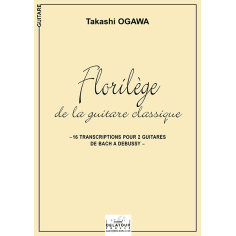 Anthology of Classical Guitar from Bach to Debussy 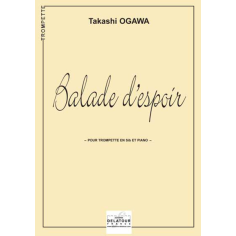 Balade d'espoir for trumpet and piano 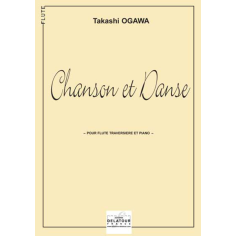 Chrysanthème for recorder and piano 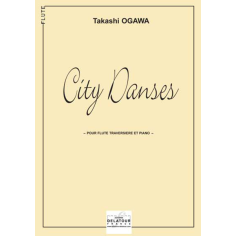 City danses for flute and piano Légendes japonaises for viola and piano Clarinet and other instruments

Nuit - L'ombre for clarinet and guitar Bass clarinet and other instrument Petite romance for clarinet and piano

OGAWA Takashi
DLT0481
€13.00
Petite romance for clarinet and piano
You need to login or create account