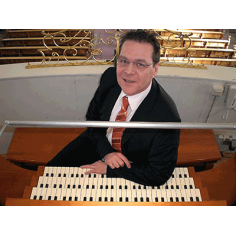 Hans-Peter Retzmann﻿'s musical education began with piano studies at the Musikhochshcule in Köln (where he was born) and church music studies in Aachen and Düsseldorf, where he completed the Kantor exam. He continued with further studies in Theology in Würzburg and internationally at the Schola Cantorum in Paris with Jean-Paul Imbert (Diplôme de Virtuosité), taking classes in improvisation and composition with Naji Hakim at the church of La Trinité.

From 1992-1998 he was Director of Music at St Andreas in Korschenbroich where he was in charge of the Internationale Orgelwoche and initiated regular performances with the Düsseldorfer Sinfoniker.

Since then he has held the post of Director of Music at St Nikolaus in Mönchengladbach-Hardt, where he is responsible for the Hardter Konzerte.

During this time Peter produced various CD recording projects, including collaborations with Jane Parker-Smith and Alan Wilson, as well as his own recordings and improvisations of famous literature.

He regularly organises tours for visiting choirs from the UK (e.g. Trinity College, Cambridge) and Canada. Until 2005 Peter was assistant musicologist at the Robert Schumann Hochschule in Düsseldorf with Prof Dr Volker Kalisch. In July 2010 he was awarded a doctoral degree for his dissertation on the aesthetics of Max Reger.

Hans-Peter Retzmann﻿ gives recitals as an organist and improviser and plays with several ensembles giving concerts in Germany and overseas. He gives workshop lectures on theoretical and practical subjects.

He is a member of the American Guild of Organists (AGO), New York, USA, the Internationale Max-Reger-Gesellschaft (IMRG) in Karlsruhe, Germany, and the Royal College of Organists (RCO), London, UK. He has organ, choral works and chamber music published with Editions Delatour, France. 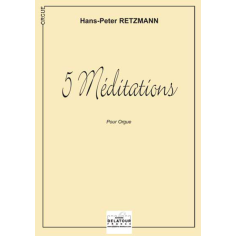 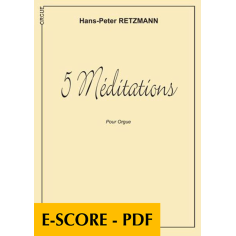 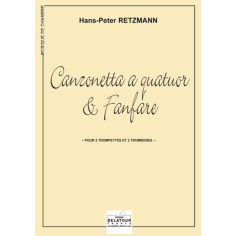 Canzonetta a quatuor et fanfare for 2 trumpets and 2 trombones

RETZMANN Hans-Peter
DLT1092
€16.50
Canzonetta a quatuor et fanfare for 2 trumpets and 2 trombones
You need to login or create account