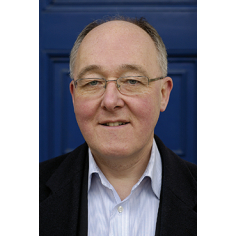 DAVID ADKINS was born in Birmingham in the English Midlands. At the age of sixteen, he was recording music by Bach for London Weekend Television. At eighteen, he won an Organ Scholarship to St. Johns College, Oxford, where he obtained an Honours Degree in Music in 1980.

He went on to take a Postgraduate Certificate in Education and a Masters Degree in Composition at the University of London and embarked on a career in teaching. Since 1981, he has taught in various schools in south-east England while playing the organ in a number of Central London churches.

Between 1993 and 2002, he was Organist and Director of Music to the Society of Our Lady of Pewe, an ecumenical prayer group which meets in Westminster Abbey. David Adkins has given concerts in Great Britain, France, Germany, Belgium and the United States.

In 1995, the percussion section of the National Youth Orchestra of Great Britain played his composition Changes. He is currently Organist and Director of Music at the Church of St Saviour, Raynes Park, in south-west London. Several of his compositions have been published by Fagus in Scotland and by Broadbent and Dunn in England. The Book of Apostles is the first of his works to be published by Éditions Delatour. 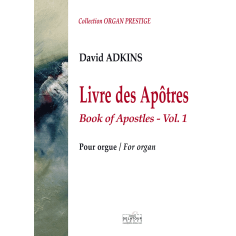 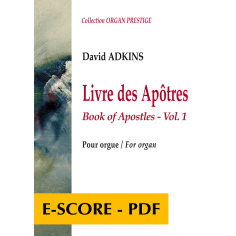 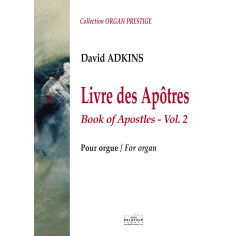 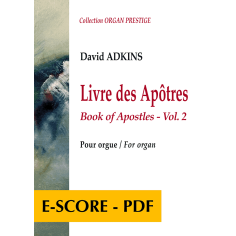