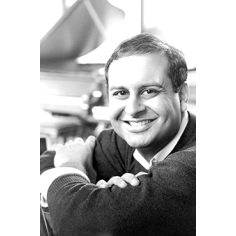 Raj Bhimani is an active performer and teacher. He has given solo and chamber music recitals in the United States, Canada, France, Italy, Portugal, and India.

His performances have been broadcast on Indian National Radio and Television, Portuguese National Radio, and also on WQXR and WHUS Radio in the United States. Mr. Bhimani is currently working on several recording projects, including a recording of solo works by Schubert, as well as two CDs of European and American songs that he will record with distinguished American mezzo-soprano Alice Baker.

In addition to his performance career, Mr. Bhimani maintains teaching studios in Bronxville and Manhattan, and is on the faculty of the 92nd Street Y School of Music. 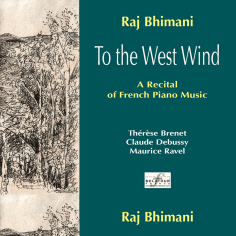 Raj Bhimani, To the West Wind

BHIMANI Raj
CDT0020
€12.96
Raj Bhimani, To the West Wind - A Recital of French Piano Music
You need to login or create account