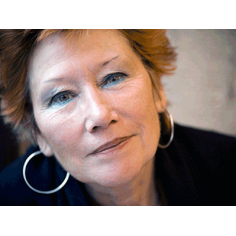 Daughter of a carrier working for the film industry, as a little girl, Yvette, née Crétel, was dandled on the knees of Laurel and Hardy before having the singer Sylvie Vartan and race-car driver Henri Pescarolo as classmates at secondary school in Le Raincy.

There, she was also captain of the girls' handball team that, at the time, would go on to win the French interscholastic championship. Her athletic vocation having not withstood a car's triple somersault in the English countryside, she became a continuity girl in cinema then in television - in particular on The Battle of Britain. It was in this role that she assisted Jean-Christophe Averty in directing the big shows of Gilbert Bécaud and Yves Montand and, in the early '70s, went to film Pierre Cochereau in the organ loft of Notre-Dame de Paris.

It was there that she met François Carbou, this great organist's assistant... who, quite naturally, would be best man at their wedding.

In 1986, the large French diversified industrial group Bouygues bought TF1, the French television station that had been recently privatised. Playing the conscience clause, Yvette Carbou resigned and lent a hand to her husband, head of Les Disques du Solstice.

Four years later, the couple left Paris and set about rebuilding the Domaine de Sainte-Croix, a farm in ruins located in Sigean, in the South of France. It was in this framework, between two plantings of cypresses (her latest passion) and blind wine-tastings, in which she managed to surprise the connoisseurs, that Yvette put together a collection of texts by pianist Yvonne Lefébure as well as another volume consisting of testimonies on Pierre Cochereau, before making two DVDs devoted to her two favourite artists. 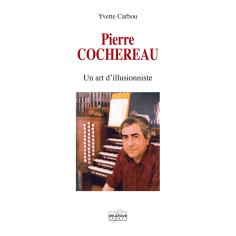 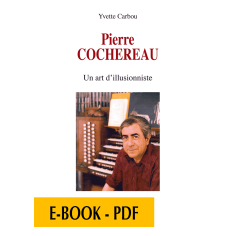