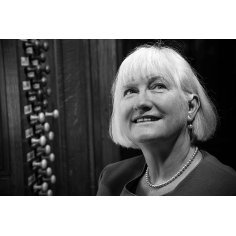 Awarded First Prizes from the Paris National Conservatory of Musc and Dance in the classes of Rolande Falcinelli, Michel Merlet and Jean-Paul Holstein), International Prize Albert Schweitzer, Marie-Agnès Grall-Menet began studying the organ with Jeanne Joulain, then continued with Jean Langlais and received the highest rewards from the Schola-Cantorum in Paris.

At the young age of seventeen, she played the organ for masses at the Notre-Dame d'Espérance Church in Paris. Since 1989 she has occupied the post of organiste titulaire of the grand orgue at the Saint-Nicolas du Chardonnet Church in Paris. An organ and piano professor at the Noisy-le-Grand Conservatory from 1980 to 2003, she regularly plays concerts in Europe.

Her repertory is vast. Impassioned by the restitution of early music and the accompaniment of plainchant, she has composed several pieces: Two verses on "Je vous salue Marie" (Air of Pilgrimages) (2003), some Interludes on Christmas Carols (2005), a Salve Regina, premiered in November 2009 for the inauguration of the grand orgue at Saint-Nicolas du Chardonnet, as well as various transcriptions for organ (Bach, Vivaldi, Mozart...). 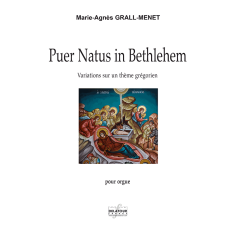 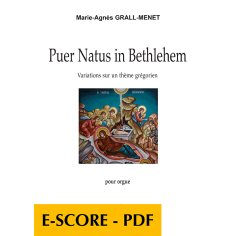 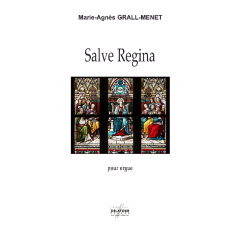 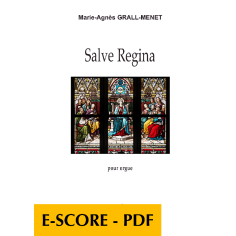