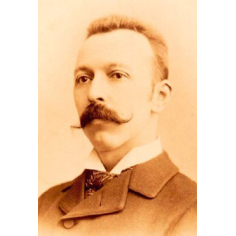 As a favored student of Gigout, Léon Boëllmann moved in the best circles of the French musical world, and as a pleasing personality, he made friends of many artists and was able to give concerts both in Paris and the provinces. Boëllmann became known as "a dedicated teacher, trenchant critic, gifted composer and successful performer...who coaxed pleasing sounds out of recalcitrant instruments."

During the sixteen years of his professional life, Boëllmann composed about 160 pieces in all genres. Faithful to the style of Franck and an admirer of Saint-Saëns, Boëllmann yet exhibits a turn-of-the-century Post romantic esthetic, which especially in his organ works, demonstrates "remarkable sonorities."

His best-known composition is Suite Gothique (1895), now a staple of the organ repertoire, especially its concluding Toccata, a piece "of moderate difficulty but brilliant effect," which has a dramatic minor theme and a rhythmic emphasis that made it popular even in Boëllmann's own day.

Boëllmann also wrote motets and art songs, works for piano, a symphony, works for cello and orchestra and for organ and orchestra, a cello sonata, and other chamber works. 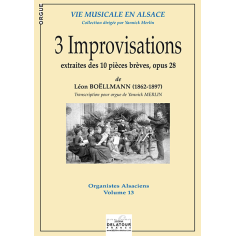 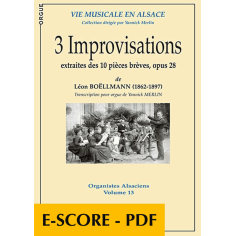 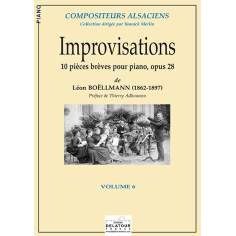