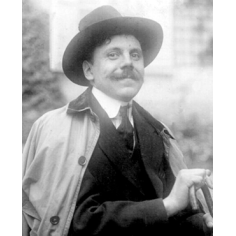 Émile Bourdon (1884-1974) faithfully served his art. Naturally gifted, he composed a String Quartet at the age of twelve. An ardent hard-worker, his production was indebted to the tradition he had inherited from his professors.

After studying the piano with Louis Vierne, he entered Albert Lavignac’s harmony class at the Paris Conservatory in 1902. He was awarded a Second Prize in 1905. In 1901, he began studying the organ with Louis Vierne. In Alexandre Guilmant’s class, where he became Marcel Dupré’s close friend, he won a Certificate of Merit in 1907. He entered Charles-Marie Widor’s composition class in 1909.

Émile Bourdon belonged to a lineage of organists who were complete musicians: interpreters, composers and improvisers. In 1910, he substituted for Louis Vierne at the Notre-Dame Cathedral in Paris, then a lung disease obliged him to leave the Conservatory in 1911 to enter a sanatorium.

Named the first titular organist at the Cathedral in Monaco in 1992, he remained there for forty-six years. 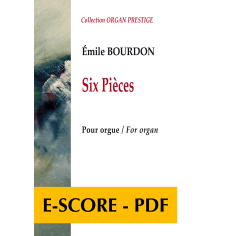