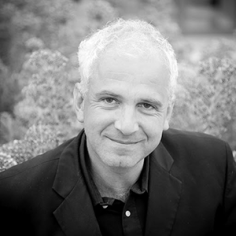 Born in Angoulême in 1968, his vocation as musician, organist, pianist, composer and improviser began from the very start of his musical studies at the age of six. Musical studies crowned by numerous successes : gold medal for piano at Angoulême Conservatoire with B. Bouthinon-Dumas, five first prizes for organ at the Conservatoire National de Region de Lyon, international competitions at l’UFAM in Paris, and at the Conservatoire National Supérieur de Musique de Lyon. He has studied with the greatest organists – L.Robillard, J.Guillou, JP.Leguay, X.Darasse...

He is spoken of by both the public and specialists alike as being spirited and enthusiastic, with a wild exhuberance , but at the same time, deep, powerful, possessing a beautiful spirituality. His brilliant virtuosity and never-ending creativity excel throughout his improvisations, which are marked by his own personal ‘stamp’. The audience is constantly bowled over by the instantaneousness of his creations. He takes us with him as he journeys to enchanted places. Every one of his interpretations is stunning in its originality; people are amazed by the way that he transforms and recreates well-known pieces.

The significance of his discography is shown by the praise it has received from the press, both at home and abroad. Along with pianist Jean-Pierre Ferey, he formed the first duo for piano and organ, recording the repertoire written for this formation, and bringing about some new pieces. He worked creatively on the pieces of various contemporary composers, such as Capdenat, Rolin, Rossé, Claoué and Martin, with the aim of bringing their music to people’s attention.

As Organ Master of Angoulême Cathedral, he managed to win over an important audience in creating the Charente International Festival of the Organ. He is its artistic director, the ‘soul’ of the festival.

As a composer, his vast catalogue of more than 50 opuses has led to several state command performances, and productions in many international festivals.

He has composed a symphony, numerous melodies, pieces for piano, for organ, but also for guitar, harmonium, string quartets, and many other instrumental works for concert. Frédéric Ledroit has always been attracted by a sacred repertoire. He was inspired to write ‘A Mass for a New Century’, after which he was named as an honourary citizen (citoyen d’honneur) of the town of Angoulême. Through his CD recordings he has been compared to a Duruflé or a Poulenc by major critics in France and elsewhere.

He is the qualified organ teacher at the Angoulême Conservatoire (Academy) -ENMD, Angoulême. In 2003, The Minister of Culture awarded him with the honour of ‘Chevalier’ dans l’ordre des Arts et Lettres’ (Knight of the Order of Arts and Letters). He has recorded for radio and for television (France Musique, FR3, Mezzo…).

Through his career as a concert performer he has been able to give hundreds of concerts throughout the world on some of the most internationally-renowned instruments: In France: Auxerre, Bordeaux, Montpellier, Agen, Camaret, Toulon, Poitiers, Lyon, Sète, Paris (La Madeleine, Notre Dame…). 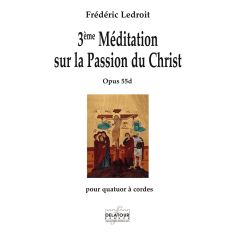 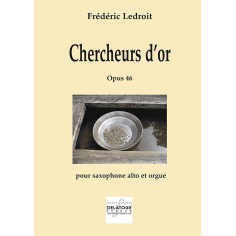 Chercheurs d'or for saxophone and organ 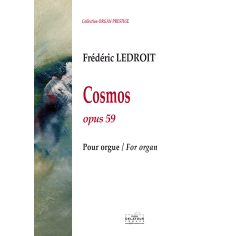 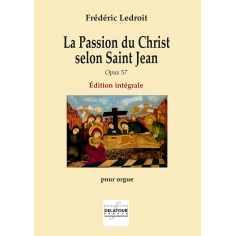 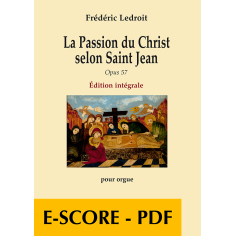 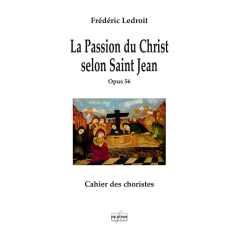 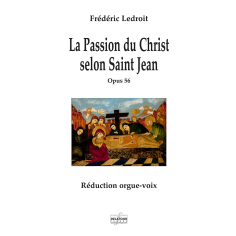 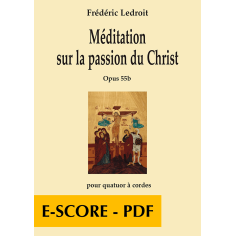 Oppositions for piano and great organ Possession for piano and great organ