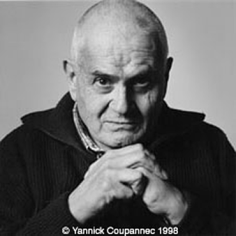 Born in Paris, Jean Catoire, after studying the traditional, classical techniques of musical composition, pursued his personal search in the class of Olivier Messiaen, thereafter thinking out his own musical language.

His style does not in any way conform to the canons of classical musical writing, in which the sounds are organized as a function of relative time. Nor is it in any way dependent upon the techniques of the avant-garde, in which, even though their writing has taken different forms, the notions of time and of expression continue to be linked to musical concepts already elapsed.

In his search Jean Catoire aims to organize the sounds so that primary values emerge within a continuous time, rather than in a dicontinuous, as is the case in classical music and in contemporary music, and through a discipline of writing wherein irregular rythms and in certain compositions, dissonances are excluded.

These works are conceived so as to reach the archetype from which the sound structures emanate, and realized as nearly as possible to the absolute value of sound, before its integration into the relative form of an artistic mould. 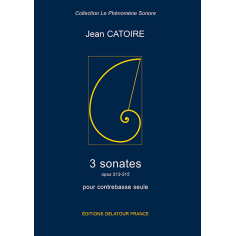 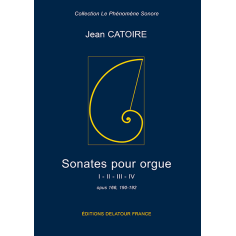 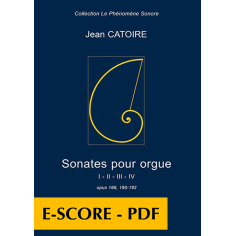 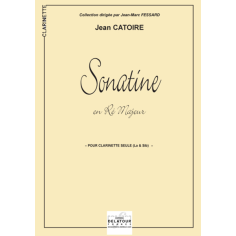 Sonatine in D Major for Clarinet 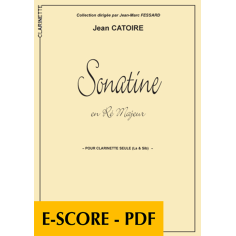 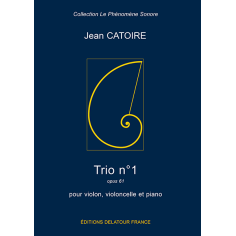