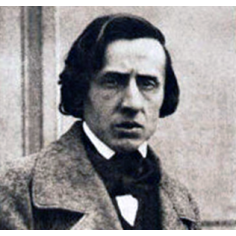 He is widely considered one of the greatest Romantic composers.Chopin was born in Żelazowa Wola, a village in the Duchy of Warsaw.

A renowned child-prodigy pianist and composer, he grew up in Warsaw and completed his music education there; he composed many of his mature works in Warsaw before leaving Poland in 1830 at age 20, shortly before the November 1830 Uprising.

Following the Russian suppression of the Uprising, he settled in Paris as part of Poland's Great Emigration. During the remaining 19 years of his life, Chopin gave only some 30 public performances, preferring the more intimate atmosphere of the salon; he supported himself by selling his compositions and teaching piano.

After some romantic dalliances with Polish women, including an abortive engagement, from 1837 to 1847 he carried on a relationship with the French writer Amantine Dupin, aka George Sand.

For most of his life Chopin suffered from poor health; he died in Paris in 1849 at age 39. The vast majority of Chopin's works are for solo piano, though he also wrote two piano concertos, a few chamber pieces and some songs to Polish lyrics.

His piano works are often technically demanding, with an emphasis on nuance and expressive depth. Chopin invented the instrumental ballade and made major innovations to the piano sonata, mazurka, waltz, nocturne, polonaise, étude, impromptu, scherzo and prélude. 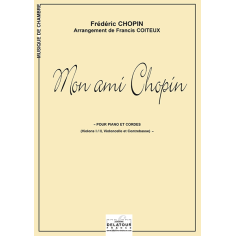 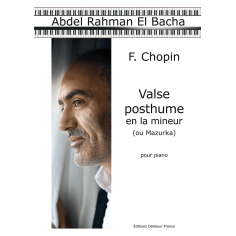 Valse in A minor Posthumous for piano 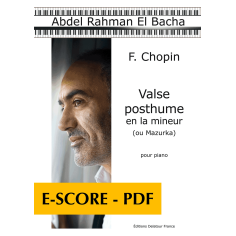 Valse in A minor Posthumous for piano - E-score PDF