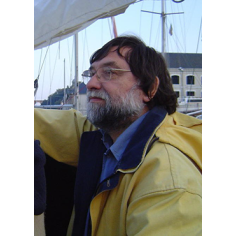 Patrick Choquet was born in Paris in 1947. He's studied music at the Conservatoire national supérieur de musique de Paris, where he received the prize for composition in the classes of Michel Philippot and Ivo Malec. At the same time, he's studied music history, orchestral conducting and analysis with Olivier Messiaen, Jean-Pierre Guezec, and Betsy Jolas.

He's then joined the electroacoustic class of the "GRM" (Musical Research Group) which Pierre Schaeffer and Guy Reibel directed at that time. He's also worked on acoustic at the Jussieu University's Emile Leipp Laboratory in order to to widen his knowledge of the nature of sound.

Teacher of musical techniques at the Ecole Nationale de Musique d'Orléans from 1980 to 2002, workshop leader for continuing education, he has also directed specialized music and dance schools.

Since 1995, Patrick Choquet has been organizing colloquiums or meetings on the music improvised with in particular the support of the French Culture Ministry He also pays a particular attention on the means of distribution and the search of inovative audiences.

He does not disdain non-standard programs, as a 10 hours concert on a ferry for the television or the " Train of the improvised music " dragged by a steam engine of 1922.

As a composer, he received numerous orders of the French State, communities or festivals. His catalog contains more than 50 opus works covering vocal, instrumental or electroacoustic, both chamber or symphonic music. 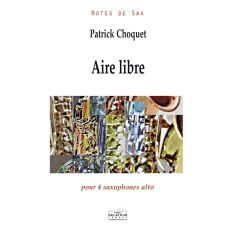 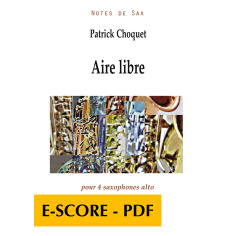 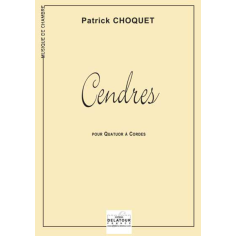 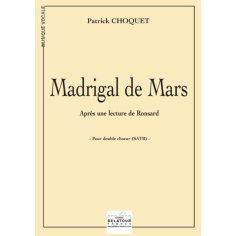 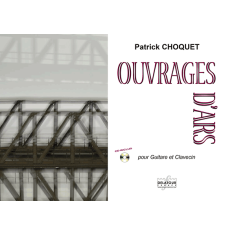 Ouvrages d'Ars for harpsichord and guitar 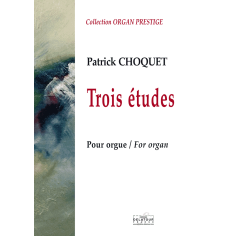 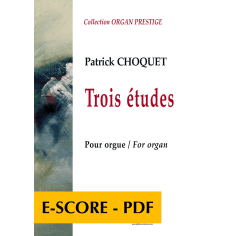