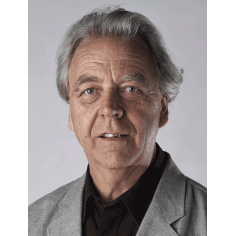 Luca Pfaff is born in Olivone (Switzerland) and living in Strasbourg. After receiving his diploma for piano and composition from the G. Verdi Conservatory in Milan he attended courses in conducting under Hans Swarowsky in Vienna and under Franco Ferrara in Rome and Siena. He regularly conducts important orchestras including the Bayerischer Rundfunk, Bamberg, Philharmonique de Radio France, National or Broadcasting Orchestras of France, Spain, Belgium, Greece, Mexico and Argentina, Sweden, Switzerland and Finland, the Philharmonic of Oslo, Bergen, Helsinki, Monte-Carlo, the Tonhalle-Zürich, Gulbenkian-Lisbon, Maggio Fiorentino, RAI Turin. From 1986 until 1996 he was the musical director of the Orchestre Symphonique du Rhin which was stamped with his dynamic and originality. He acquired a wide repertoire in the symphonic and lyric areas while at the Opera du Rhin in Strasbourg, Mulhouse and Colmar. His activities in the lyrical field allow him to conduct at the Monnaie de Brussel, the Flaams Opéra (Antwerp), Maggio Musicale of Florence, Verona, Venice, Trieste, Châtelet in Paris, Montpellier, Nancy, Milan, Buenos-Aires and Santiago. He has been invited to numerous International Festivals around the world: Lucerne, Montreux, Paris, Helsinki, Lisbon, Venice-Biennale, Florence, Ars Musica-Brussel, Montpellier, Strasbourg More recently Luca Pfaff has toured with the National Orchestra of Spain in France, the Gulbenkian Orchestra in Switzerland and Belgium, the Flemish Radio Orchestra in Portugal, and the Orchestra della Toscana in Paris, Madrid and Japan. His extraordinary versatility and his wide knowledge of repertoires allow him to conduct symphony orchestras, operas, chamber formations and ensembles of contemporary music. He is well known for his engagement and his performances of rare masterpieces and first performances of important contemporary works, some of which are especially dedicated to him by composers such as Adès, Battistelli, Berio, Donatoni, Dusapin, Fedele, Maderna, Manoury, Rihm, Schnittke, Scelsi, Xenakis. He recorded works of various composers from Mozart to Pascal Dusapin through Johann Strauss, Bartok and Sibelius. His teaching activities include positions at the Universities of Vienna and Graz, at the Conservatoire National Superior in Paris also in Madrid, Lisbon, Moscow and Minsk. 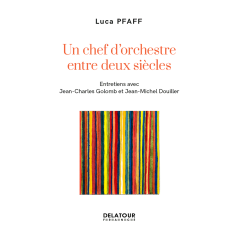 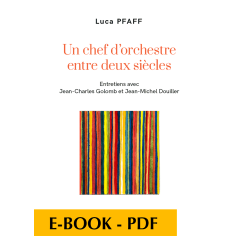