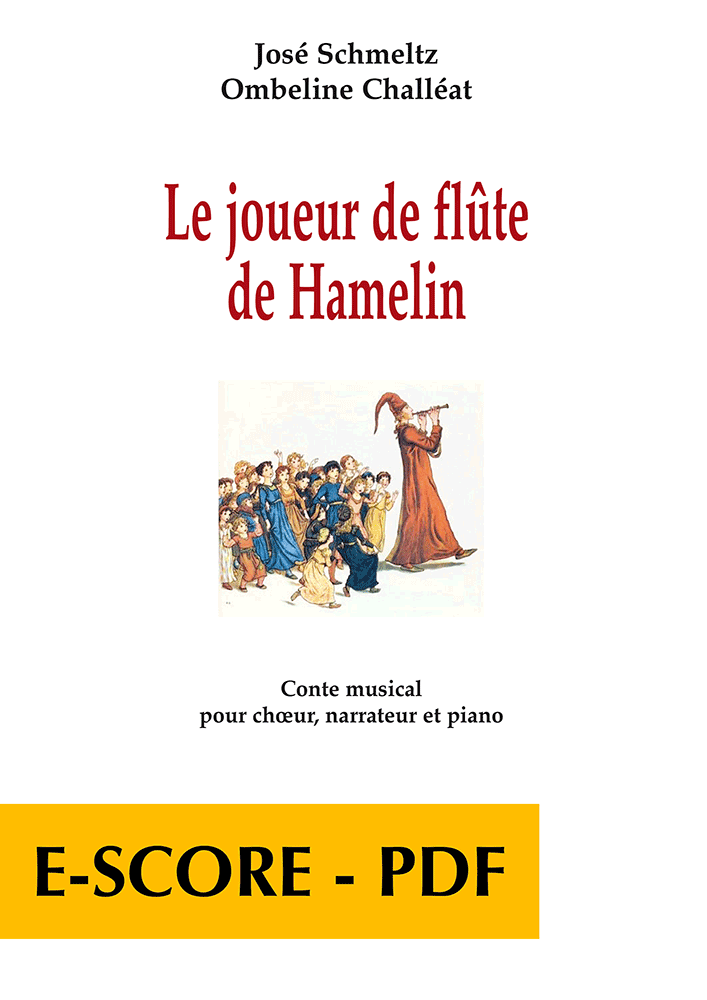 Music and lyrics by José Schmeltz

Transcribed by Grimm Brothers in the XIXth century, this german legend probably appeared as early as the XIVth century. It relates the story of a mysterious flutist, who saved a starving town (Hamelin) from millions of rats, leading beasts to drowning in the river with his mere music. Seeing that villagers refused to pay him for his help, the musician bewitched and drew all children away forever.

José Schmeltz's music accompanies funnily characters and illustrates narration. The score of « Hamelin Flute Player » is born of various influences : medieval music with its modal colors, jazz, dances, and even atonal music. Songs for one, two or three voices are adapted to young singers and conceived to be a support in their musical learning. Work commanded by ADDIM Drôme (Conseil Général de la Drôme). 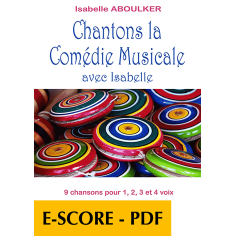 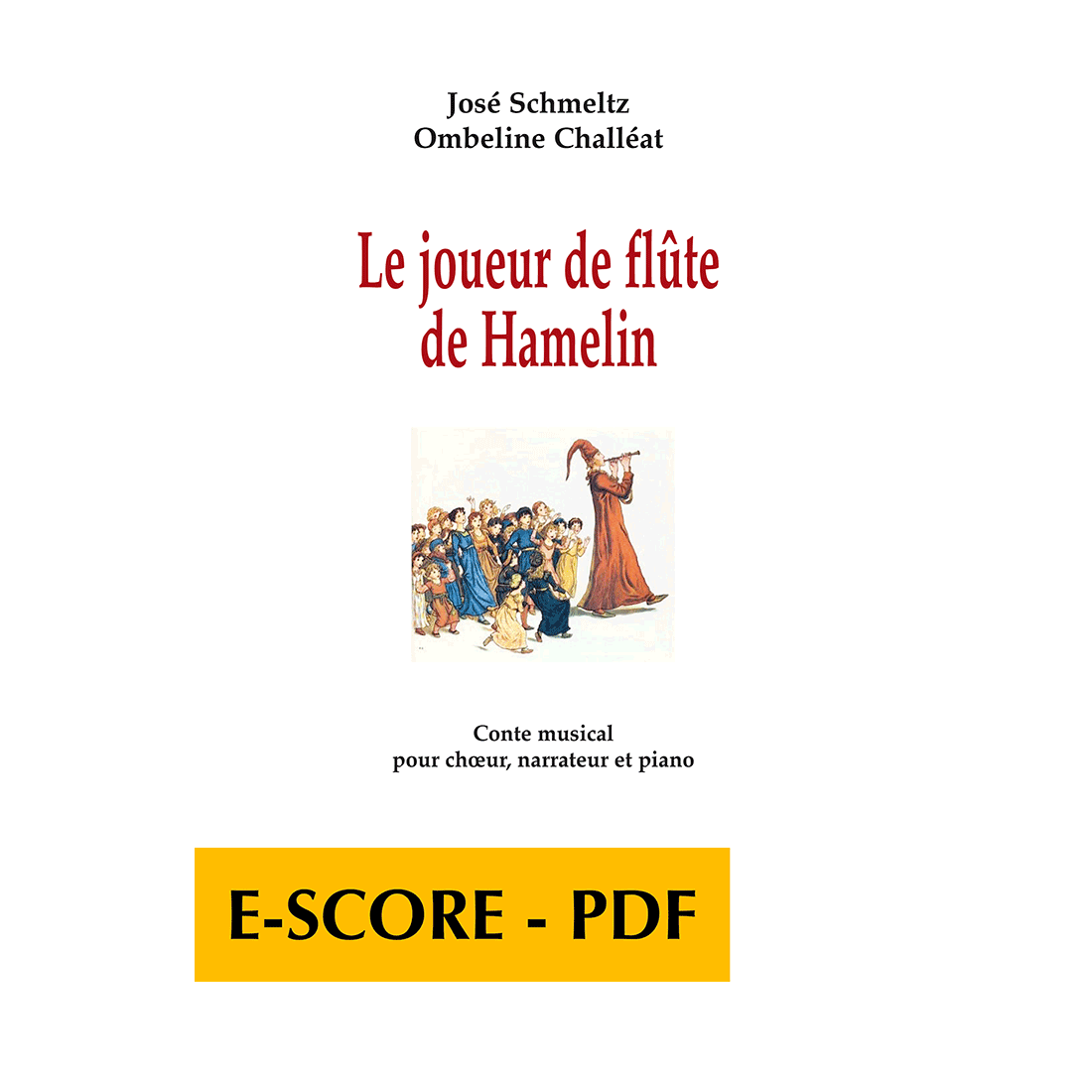