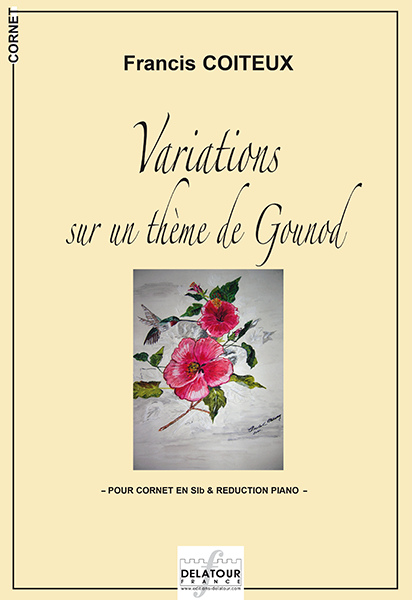 Variations on a Theme by Gounod - Cornet and piano reduction

It is the attractive theme of the stanzae of Siebel, extracted from Charles Gounod's opera "Faust" which Francis Coiteux chose to realize these surprising variations. In the first variation, talkative, like a fleeting vision, succede the second variation, of style radically opposite with incisive stacatto, which is not without evoking the sarcasm of Mephisto ! The third variation, evokes a march in accents heroiques, white the fourth, quite in lightness, with its ternary "licks", reminds the ecstasy of the youth of Siebel. For the fifth variation, Francis Coiteux remembered the big introduction which precedes, in the opera, the stanzae of Siebel. It is the moment, when the loving feelings of the young hero for Marguerite, are depicted with tenderness and nostalgia. The sixth and last variation, finishes the work brilliantly. Like its young hero, the solo cornet, alternately dreamy or passionate, offers in this work, a full range of its possibilities. 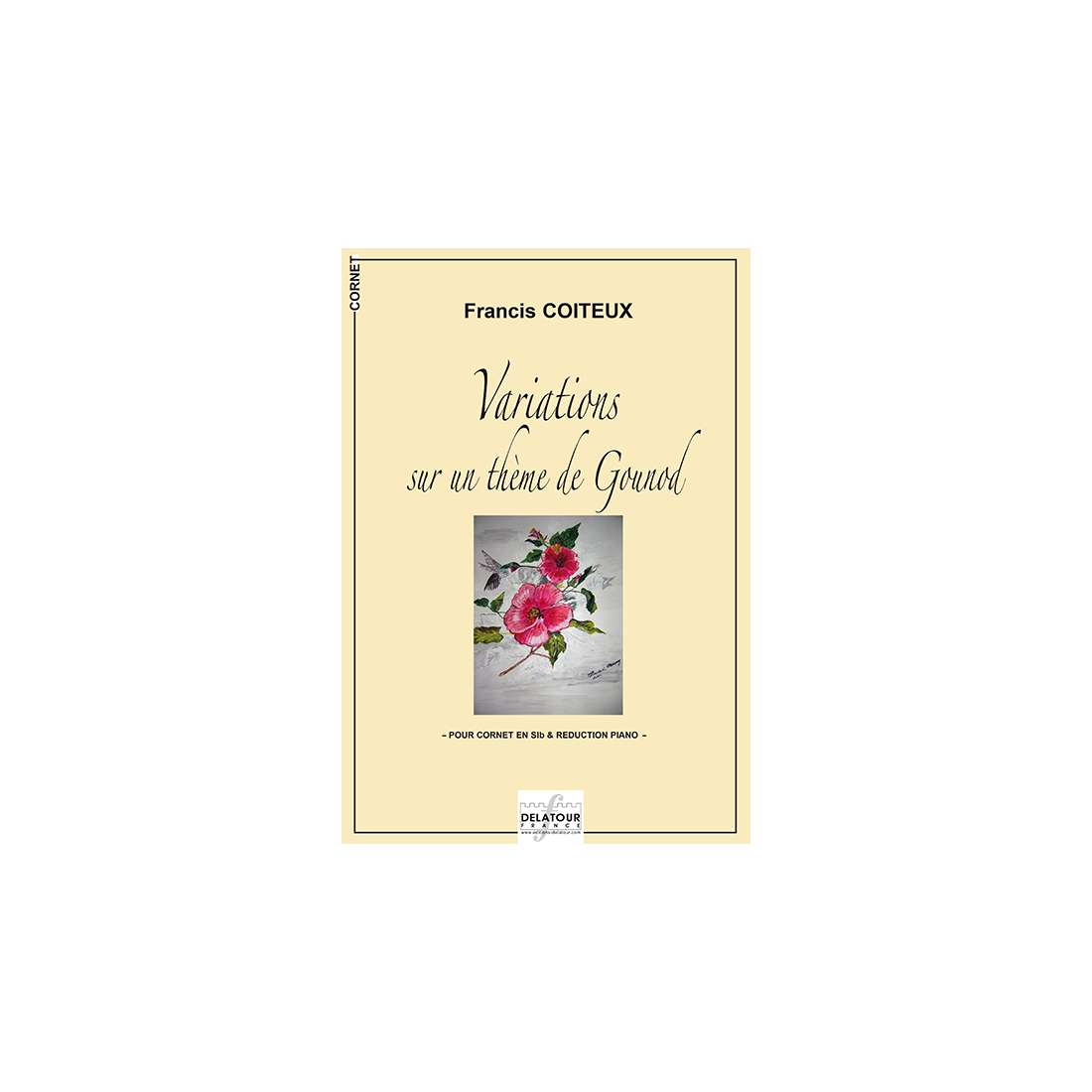