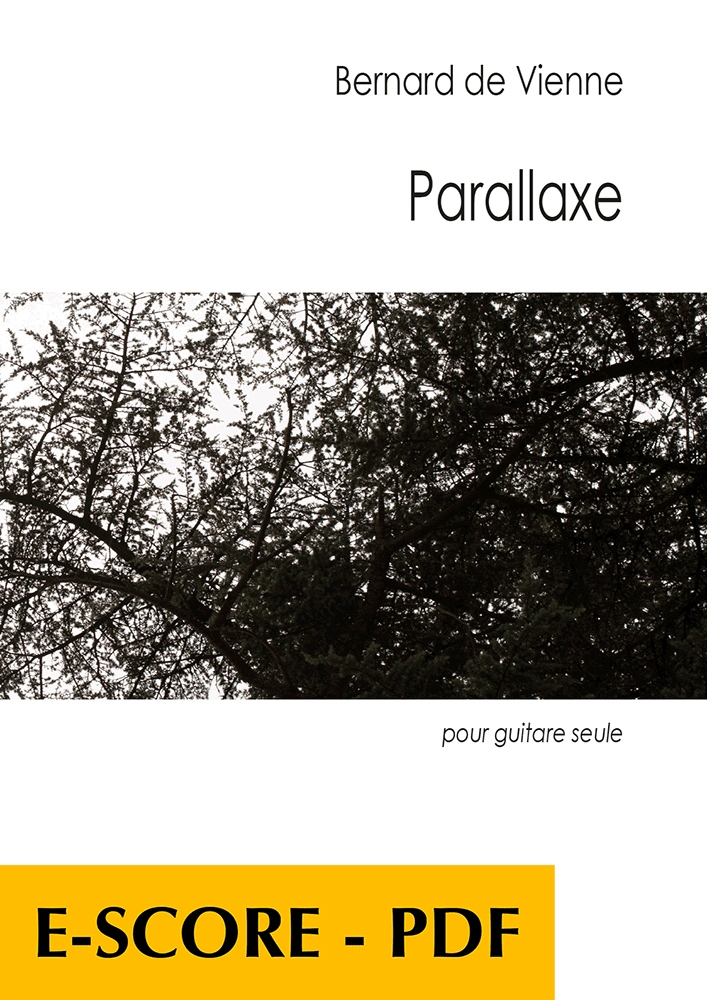 In astronomy, parallax is the displacement of the apparent position of a celestial body due to the change in position of the observer and, in optics, the angle of two optical axes aiming at the same object.

Like so many Russian dolls (the different axes of vision), this work is derived from the solo part of Lignes de fuite, a work for guitar and ensemble, which itself develops the potentialities contained in En perspective, three short works for guitar and a percussionist.

The various 'vanishing points' are the different stylistic and technical perspectives of the guitar, a family of instruments with a thousand-year history and a present that is as much popular as it is learned. Parallaxe is in fact characterised by various techniques and modes of playing from European and non-European cultures, which are as many "doors open" to other ways of making this instrument sound: from classical to jazz, via the ud in Arab-Persian culture, improvisation and flamenco.

From variations to variations and transformations of motifs, the form of the work is constantly folding in on itself. This form, which I call 'spiral', contributes to the creation of an ever-changing world in which the numerous constituent motifs, with their clearly differentiated characters and characteristics, clash, intermingle and intertwine to form a kind of heterogeneous, complex, abundant, ever-changing and profoundly nocturnal soundscape.

Listening to this work, in which nothing settles down, remains in place and varies constantly, implies a sensitivity to the most minute and constant changes in colours, modes of play and density ratios. 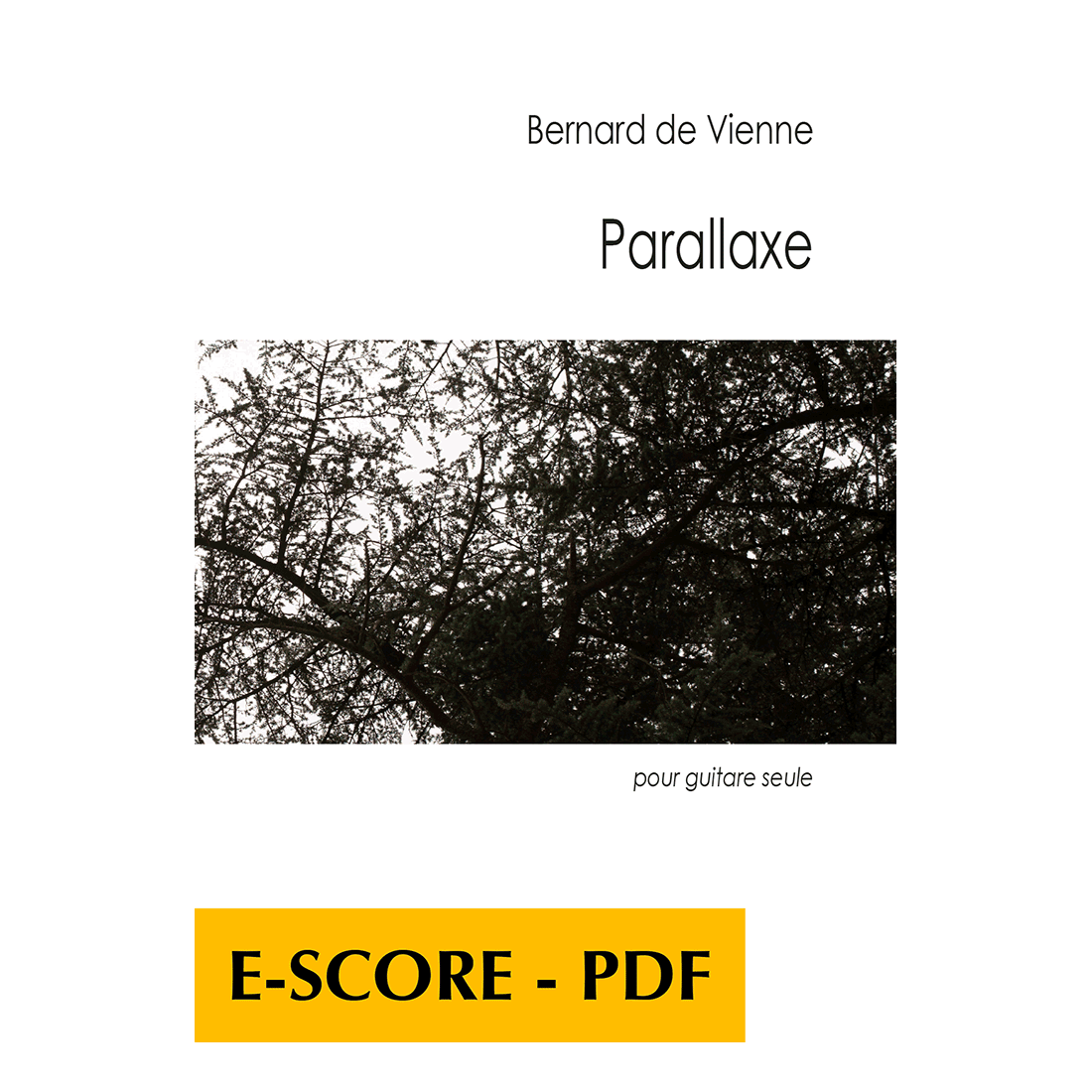