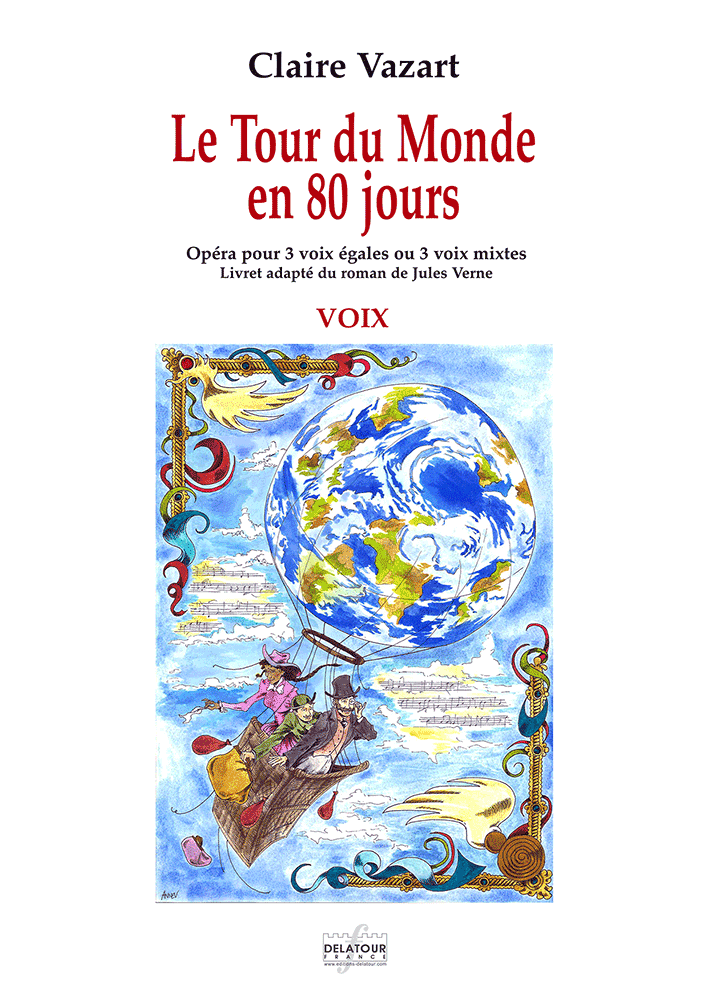 Around the world in eighty days (SOLOISTS-CHOIR)

« Around the world in eighty days » is an opera adapted from the novel by Jules Vernes, written for three equal or mixed voices with piano accompaniment. Its duration is of about one hour (fully sung). It comprises 19 parts lasting from 1'30 to 7 minutes, including an opening, an interlude, and 17 sung pieces (the first and last ones are identical). The opera is aimed at secondary school classes with adapted music training and timetable, or at music school choirs, and the following composing specifications ensure that its pedagogical objective is reached :

- a choir of 1, 2, or 3 voices appears in each part, as an antique choir would do (narrator, commentator, crowd)

- 13 soloist parts happen over one or two scenes, in order to provide a large number of children with a moment of self-responsibility and emphasis.

- 4 more advanced soloist parts might be taken by singing or acting students.

- The interlude can easily be played by a cycle II student, piano solo.

- A number of the opera parts, written for choir only, can be sung on occasions that differ and are independent from the original opera context.

- Variations in pieces' complexity, style and tempo : swing , tango, rock'n'roll, waltz, sailors' song, use of modal or tonal writing, variations in voice effects. The overall coherence is provided by a recurrent theme throughout the opera, associated with the character of Fix.

The booklet is based on the original text by Jules Vernes and is deliberately written in a 19th century spirit and style, since the plot itself takes place at a definite period of time. It is an alternative way for children to approach french literature. 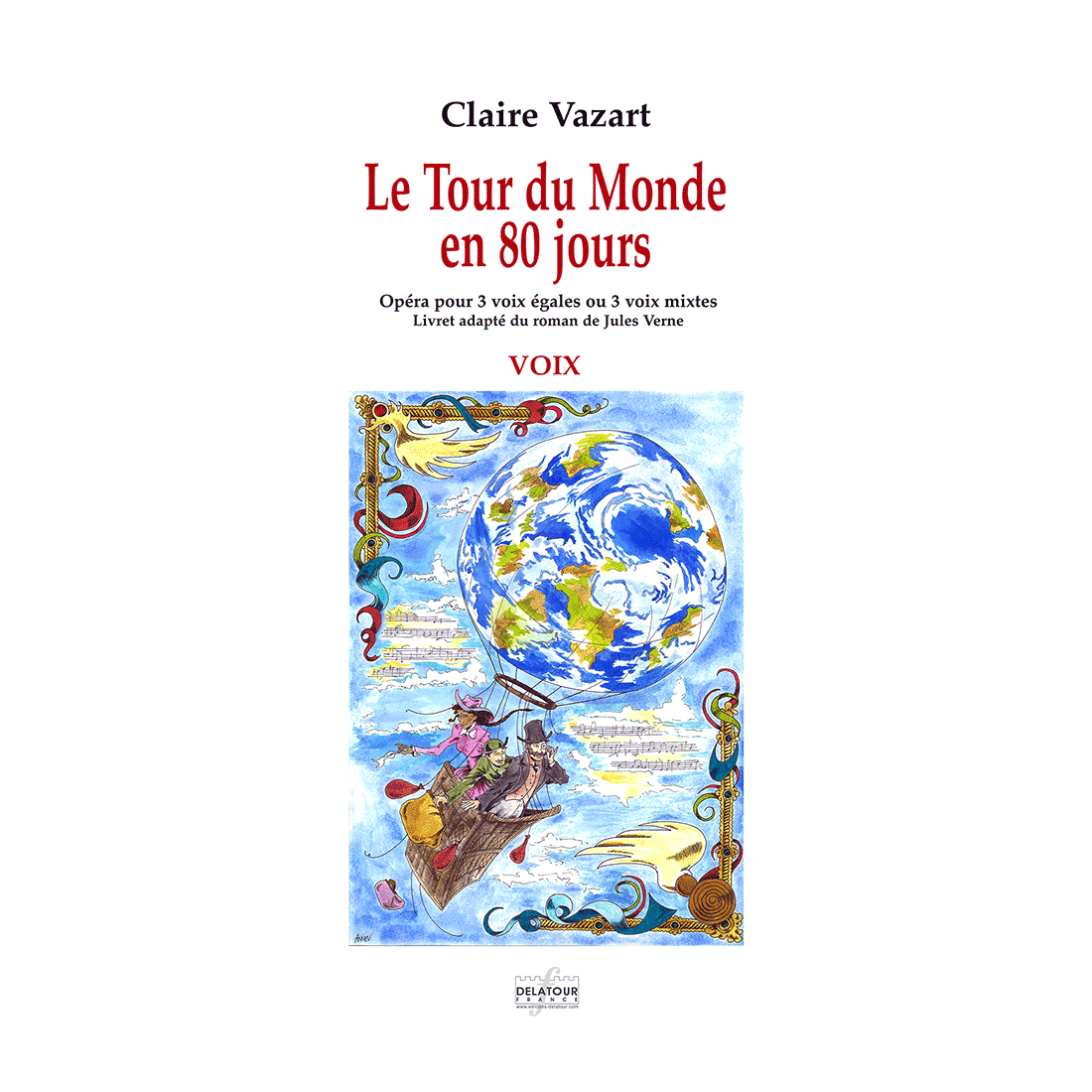