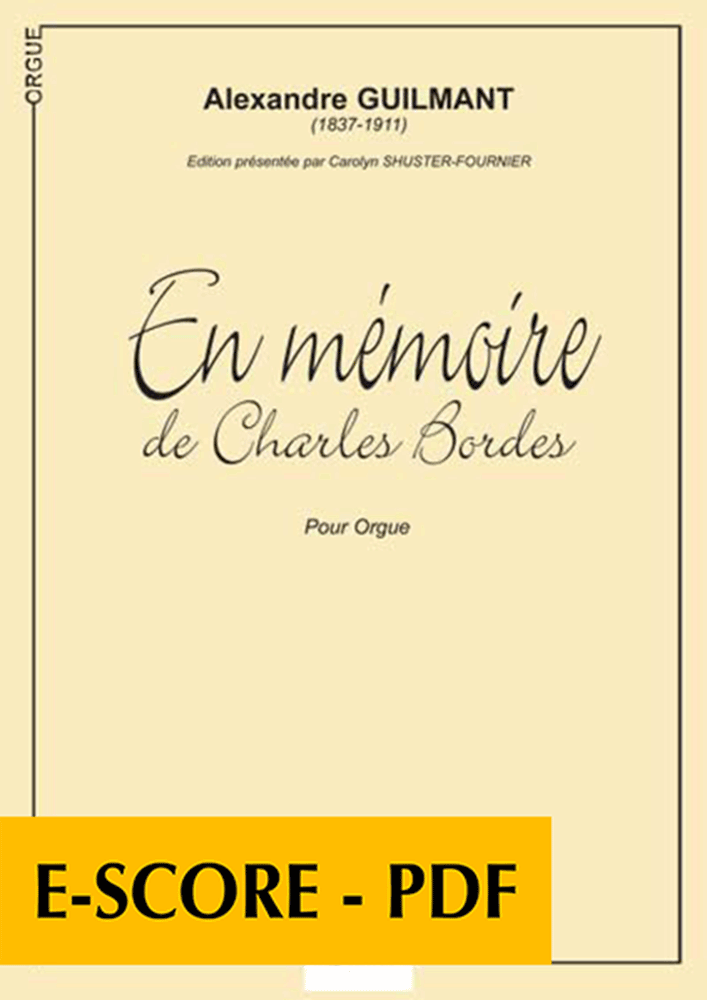 In Memory of Charles Bordes pays homage to Alexandre Guilmant's colleague and friend, who died unexpectedly at the age of forty-six, and was buried in the land where he was born, on the hillsides of Vouvray in Touraine.

Alexandre Guilmant had improvised on the Clicquot organ during the funeral service that was held for Charles Bordes on November 18, 1909 at the Saint Gervais Church in Paris.

The manuscript of this piece, composed shortly after this service, was printed on the first page of a special issue consacrated to Charles Bordes in the review The Tribune of Saint Gervais, in December 1909.

Choir director at the Saint Gervais Church, founder of the Schola Cantorum and of the Association of the Singers of Saint Gervais, editor of The Tribune of Saint Gervais and composer, Charles Bordes notably contributed to the renewal of early and traditionnal French music. 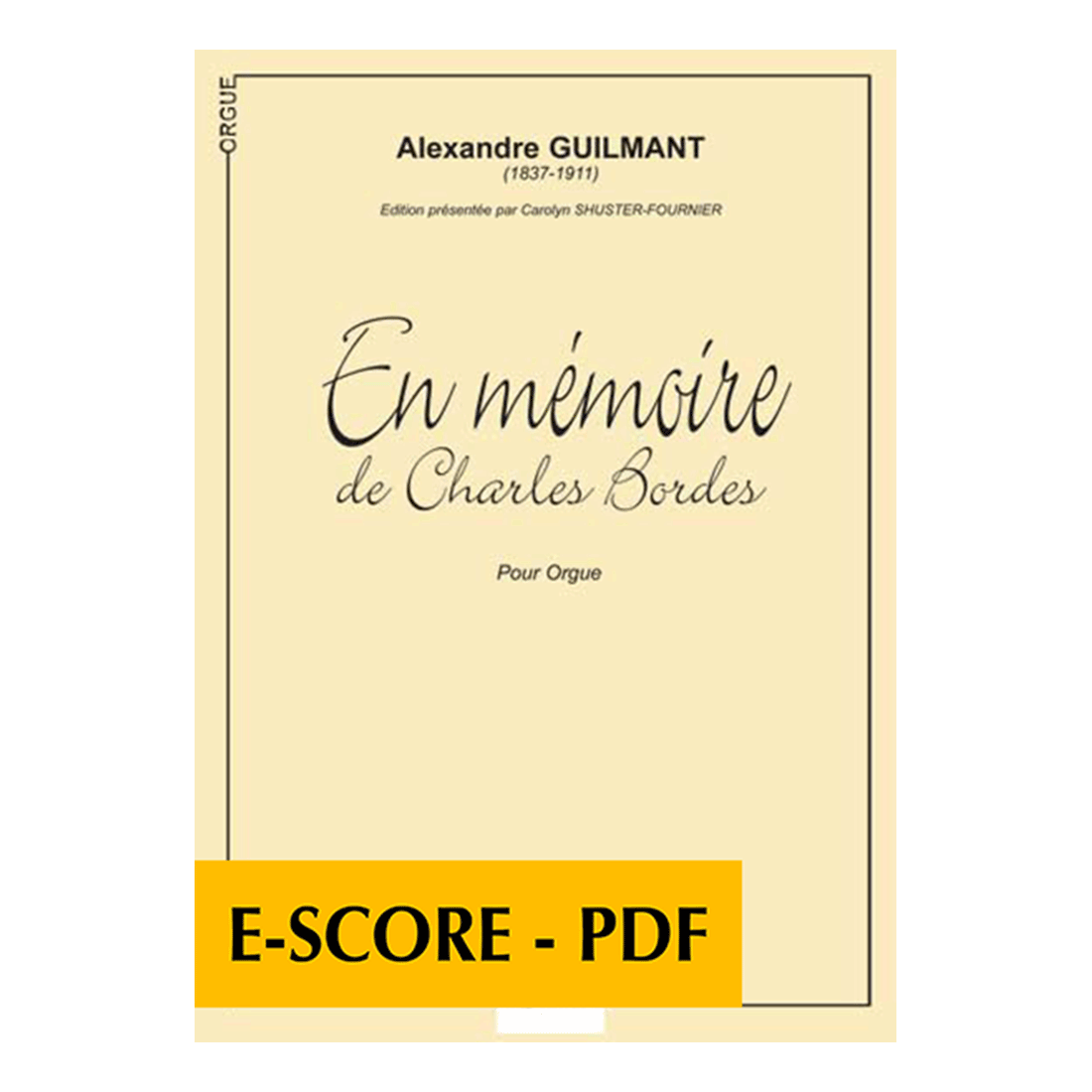