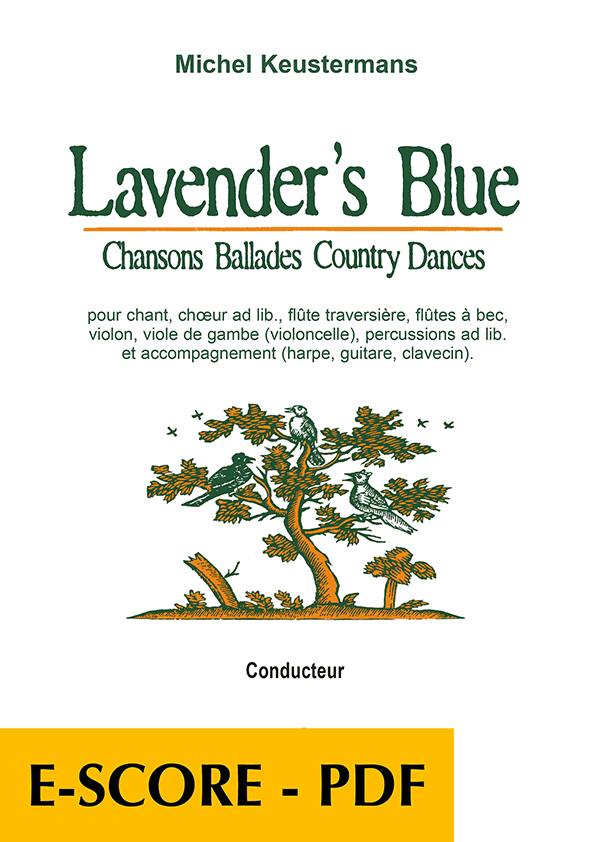 This collection is the first of two volumes devoted to arrangements of 24 English ballads and country dances from the 17th century. It gives me much pleasure to share the fruit and experience of the many concerts that I have performed with La Cetra d’Orfeo (www.lacetra.com). You can find a number of these pieces on our CD Lavender’s Blue.

During the factious reign of Elizabeth I, a great many artists of all kinds were to be found at Court, and a genre particularly loved by the Londoners of the day came into being: the Ballad, one of England’s greatest riches. These songs were loved by all the classes of society because they drew their inspiration from popular music. To be found regularly in London life in the form of song sheets, freely edited, they elaborately or crudely described the latest events of the day, fuelling scandal and malicious gossip. As there were many more new happenings to recount than existing music, certain songs were associated with certain themes, using numerous different lyrics. All these popular songs were familiar to the musicians of the town, the Court and the theatres where they were elaborately ornamented and improvised to suit every occasion. In time, some of these ballads were made into more sophisticated arrangements, sometimes for instruments only, by renowned composers such as William Byrd, John Dowland, Thomas Morley, Roland de Lassus, Thomas Ravenscroft and many others.

As for the country dances performed by the bourgeoisie in their salons, the editions produced by the Playford dynasty over the course of 77 years (1651-1728) provide us with hundreds of them. Often the dance steps were indicated under the line of the melody by small figures and some explanations in such a way that it is still possible to perform the original choreography. But there is no trace of the harmonies.

It is thus the presentation of the music which is concerned here. The basic musical form is often limited to a simple melodic line. From the choice of instruments for variations in a “broken consort” (an instrument from every family) one can construct and imagine all kinds of ways to accompany a ballad or a country dance. I could not resist the temptation to include several other popular dances, of mainly Celtic origin, without any real musical justification except for the pleasure of doing so.

Finally, for the musician of the time, as for the musician of today, one had to turn everything to good account. If one did not have a particular instrument, either one did not play the piece or one replaced it with another instrument, adapting the piece accordingly. Conversely, one could add other instruments, percussion or voices, especially in the types of songs where there is room for free interpretation. For this reason I have proposed several variations for each arrangement. It is up to you if you wish to go further. However, a priority should be to maintain the character, lightness, balance and beauty of the pieces.

I wish you as much pleasure in playing these arrangements as I have had in composing them. 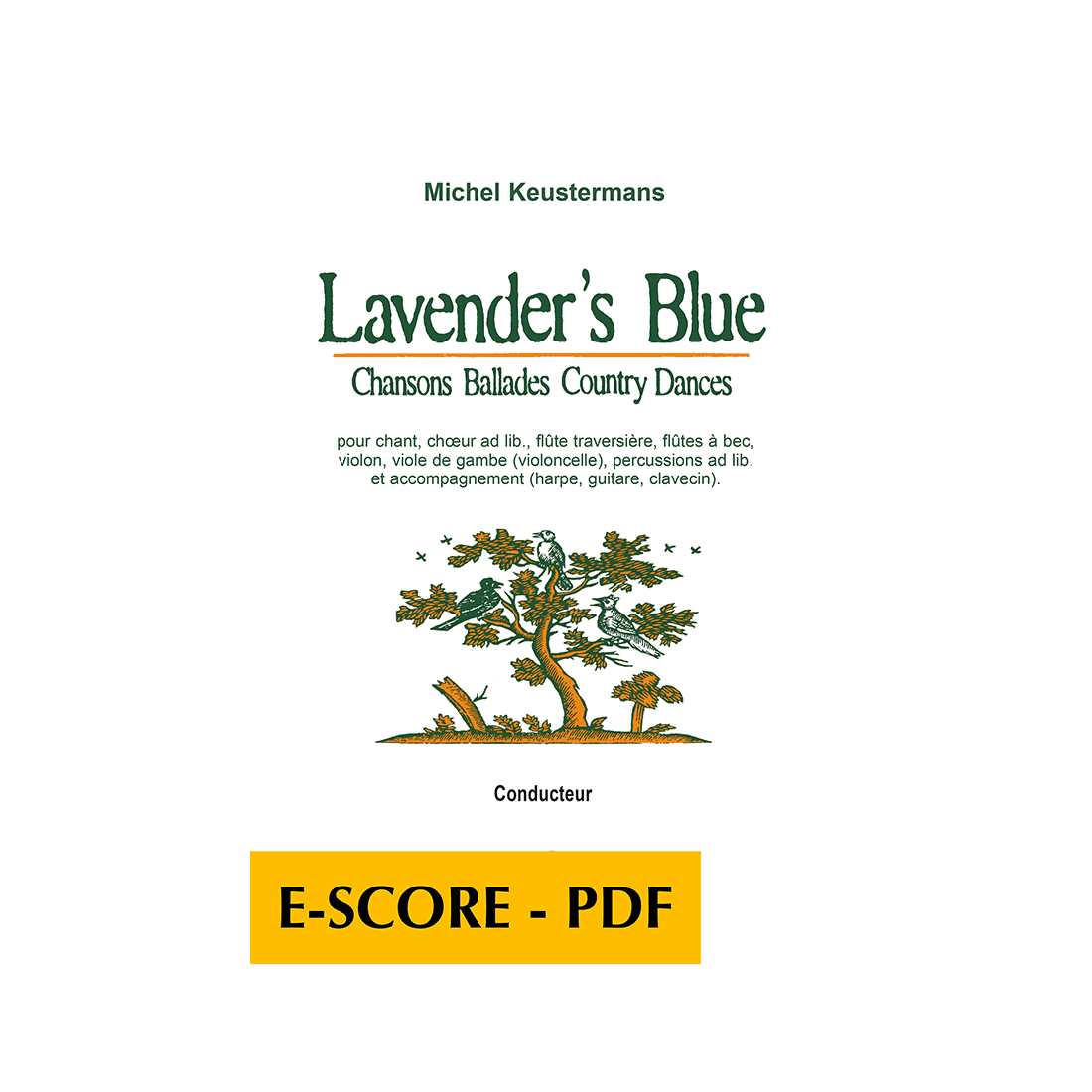