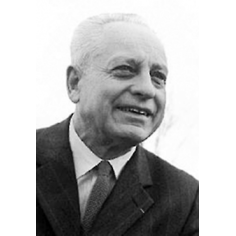 Double bassist, teacher and director of music academy, speaker, conductor, composer, André Amellér dedicated his life to the defense of the Music and the musicians.

Born on January 2nd, 1912 at Arnaville, small village of Lorraine, in a family of amateur musicians, he is livened up from his youngest age by a burning will to become a professional musician.

After a few years of practice of the violin, the double bass will become his instrument of preference. His studies in the « Conservatoire National Supérieur de Musique de Paris » are concluded by many first prizes: double bass in the class of Edouard Nanny, musical composition in class of Roger Ducasse and Tony Aubin, orchestra conductor in the class of Philippe Gaubert, Music history in the class of Norbert Dufourcq.

In 1937, after a wide experience as instrumentalist with different well known symphonic orchestras, he entered the « Orchestre de l’Opéra de Paris » as double bassist. He leaves the position in 1953 to become director of the « Conservatoire de Musique de Dijon » until 1981. The capital of Burgundy owes him the promotion and fame of its CNR (Conservatoire National de Région), considered during this period as the anteroom of the CNSM of Paris.

Recognized by Darius Milhaud as one of his peers, André Amellér leaves with the heritage to the French music more than 400 works, covering all the instruments and groups, from chamber music to harmony orchestra and symphonic orchestra including two operas.

Association for the Music of André Amellér 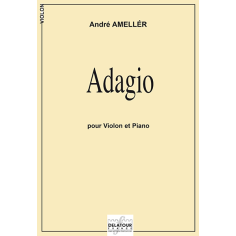 Adagio for violin and piano 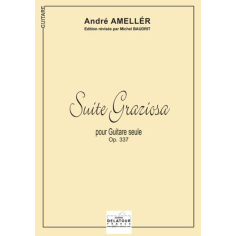