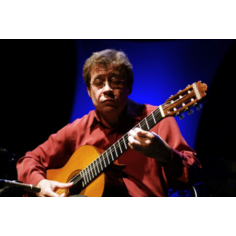 Carlos Moscardini (born 1959) is an Argentine composer and guitarist.

After winning the Soloist Prize for guitar at the first New Popular Music Meeting in his province, he recorded his first solo album, El corazon manda, on Epsa records. The album features compositions of his own and arrangements of famous Argentine folk music. His work won him the public admiration of the guitarist Juan Falù.

Carlos Moscardini has performed throughout Argentina, Chile, Brazil, Norway, Sweden, Belgium, Denmark and Germany. He has played with the band Nan at the Montreal Jazz Festival. In Japan, he performed over 50 concerts as The History of the Tango. T

he Buenos Aires Teatro San Martin appointed him composer and arranger. He has lectured on the interpretation of Argentine music at the Norges Musikhögskole in Oslo, at the Royal Danish Academy of Music in Copenhagen, and at the Académie de musique in Ghent. 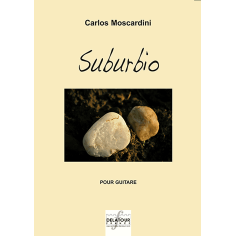 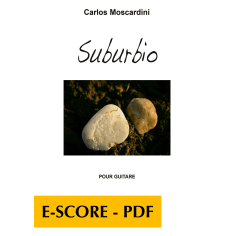