Daniel Roth, widely acclaimed as one of the leading French organ virtuosos, has held several prestigious positions as both pertormer and teacher. At the age of twenty he made his debut at the organ of the Basilique du Sacré-Coeur in Montmartre-Paris, as assistant of his teacher, Madame Rolande Falcinelli.

He later succeded her as titular organist, a post which he held until 1985 when he was appointed titular organist at St-Sulpice, the famous Paris church where is predecessors were Charles-Marie Widor, Marcel Dupré and Jean-Jacques Grunenwald.

A former student at the Paris Conservatory, Daniel Roths teachers have included Marie-Claire Alain and Maurice Durufé. He has won several competitions, among them the Grand Prix de Chartres 1971, interpretation and improvisation. For his compositions he received the Florent Schmitt prize awarded by the Académie des Beaux-Arts (Institut de France) Daniel Roth is also well known for his brillant improvisations which are regularly included in his concerts programs.

He has many recordings to his credit covering pieces of the XVIIth century to the present time. Several of them were rewarded by the critics. He is Chavalier de la Légion dHonneur, Officier des Arts et Lettres, Honorary Fellow of the Royal College of Organists (London). 3 motets for choir (Edition with CD) 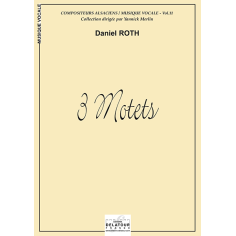 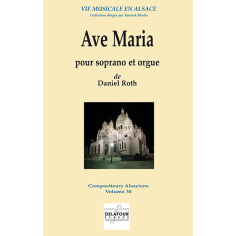 Ave Maria for soprano and organ 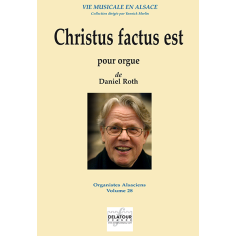 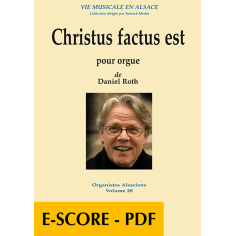 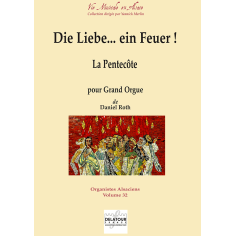 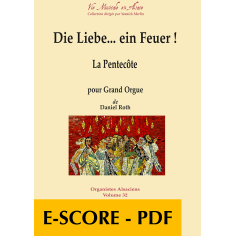 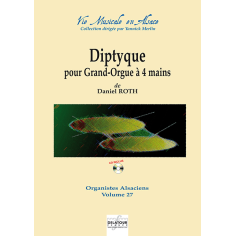 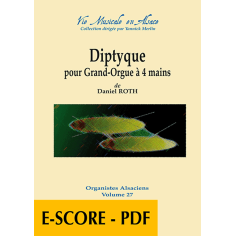 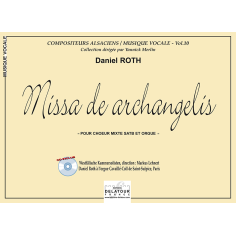