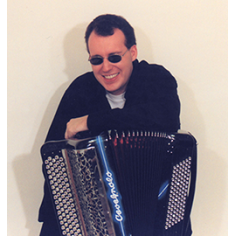 Born in 1978, Ludovic Beier learned the accordion from his father and benefits from being part of a musical family. He was brought up in the French tradition of the instrument and turned to jazz at young age.

At only 24 years old, he was playing on the French, European and American scene with some of the top players of the Jazz style including Angelo Debarre, D orado Schmit t, Martin Taylor, St ochelo Rosenberg, Paquito D’Rivera, James Carter. In 2006, even with Toots Thielemans at Carnegie Hall in New York City along with Herbie Hancock and Ivan Lins, for the concert produced by Pat Phi li ps and Ettore St ratta ...

Ludovic Beier certainly is giving the accordion a new name as his fingers go across the keys in an a lmost unbelievable way, both swinging and amazingly creative in his improvisation. Along with his virtuoso playing, he’s a creative rewarded composer and arranger in many different fields: Roland V - Accordion Fes tivals in Roma since 2008, TV, m ovies and tal ented artist’s projects such as Melody Gardot , Ricky Sk aggs or Thomas Dutronc in France. 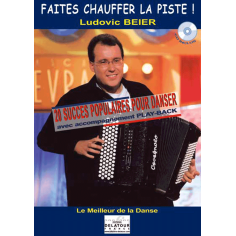 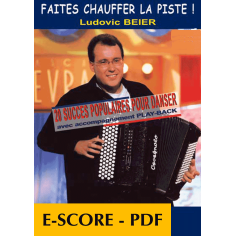