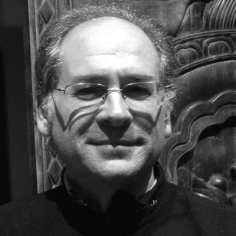 Born in California in 1952. After studying Philosophy and music at the University of San Francisco he traveled to France in 1974 to follow the classes of Nadia Boulanger, Olivier Messiaen and Iannis Xenakis.

This experience is the reason for a triple career as a composer, improviser and teacher. From 1990 he developed a performance technique that mixed his pictures with improvised and composed music. He has written over 1000 works around the world. Exhibitions of his artworks have been shown in Berlin, Bordeaux, Budapest, Chicago, Edinburgh, Paris, Strasbourg, Washington DC.

As a soundpainter, he gave master classes and concerts in Berlin, Boston, the Menuhin School London, France, Halifax Santiago de Chile, Singapore, Spain. From 1985 to 2018 he taught analysis, improvisation and soundpainting at the Conservatoire de Bordeaux. Several books on improvisation and interdisciplinary questions have been written for the editions Questions de Tempéraments in Bordeaux where he now resides. 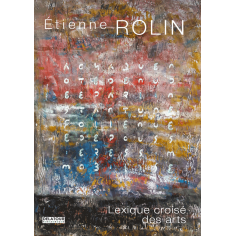 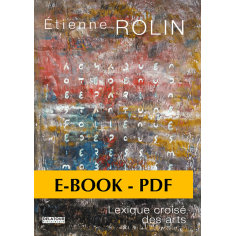