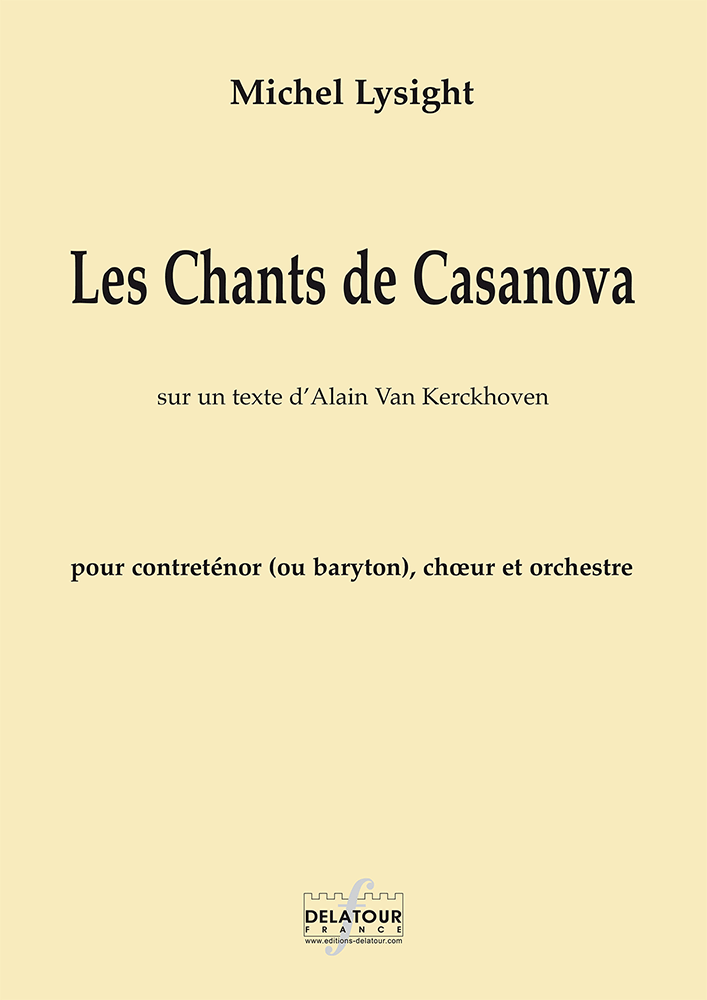 Vast 45 minute fresco opera for solo countertenor or baritone, chorus and large symphony orchestra composed on a text by Alain Van Kerckhoven, “Casanova’s Songs” (2005-2006) is not meant to be a linear narrative of Casanova’s life, but rather a recall in one prelude and six songs of various key events highlighting the journey of this fascinating character.

The very varied musical atmospheres typically reflect the composer’s style: lyricism, expression, vast melodies, the subtelty of the orchestral colours and the relentless beats exist side by side in a natural way.

The world creation of this masterpiece of the composer took place on 29 January 2010 in the Concert hall of the Royal Conservatory of Brussels and on 30 January in the Aula Magna of the Catholic University of Lille by the European Union Choir, the choir and orchestra of the Royal Conservatory of Brussels conducted by Pierre-Yves Gronier (choirmasters: Dirk De Moor and Charles Michiels). 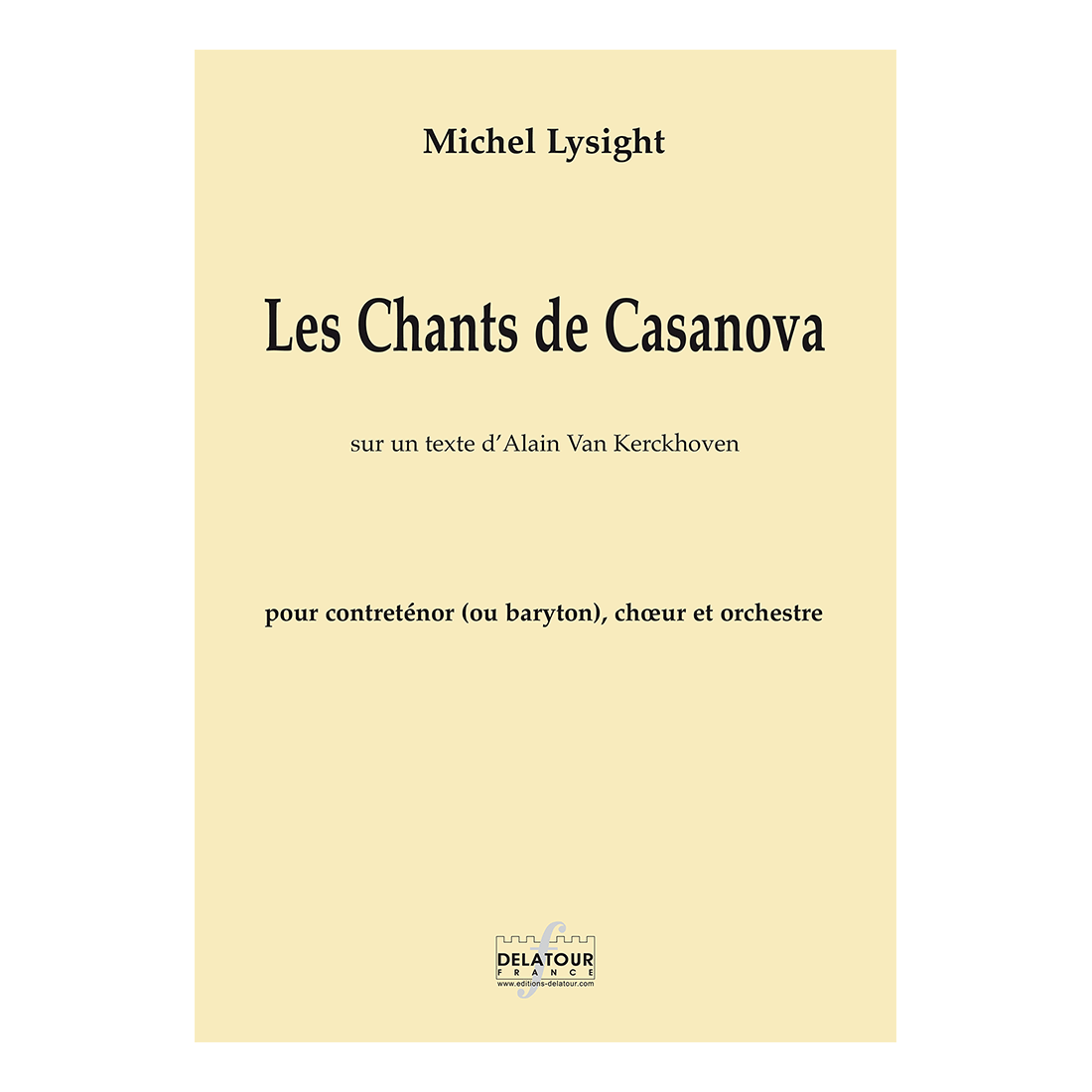