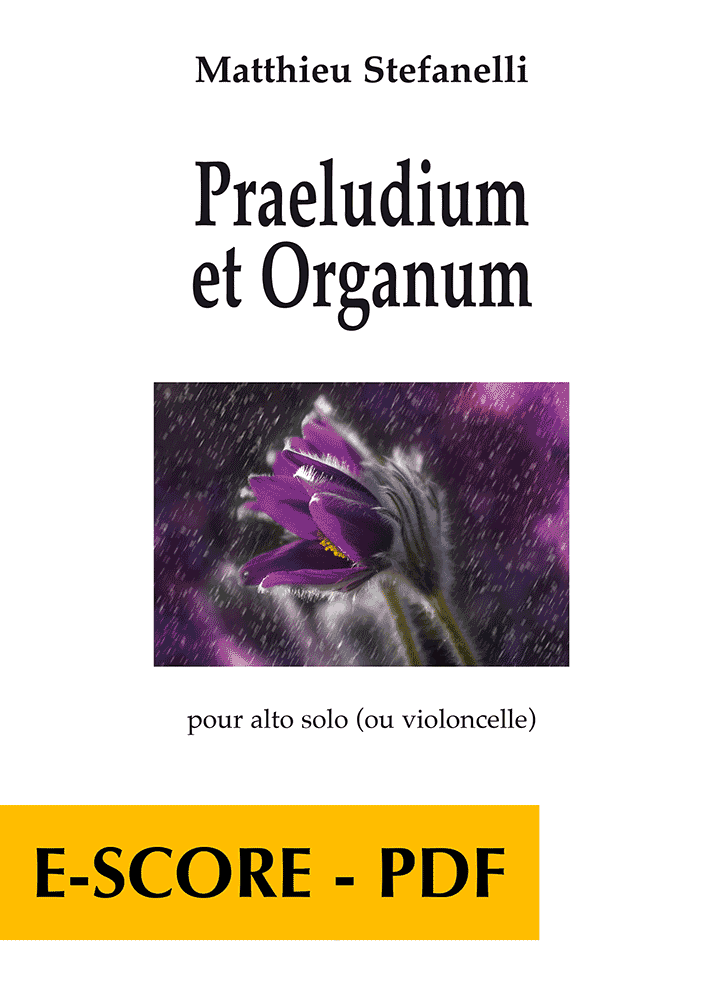 This is a short diptych for solo alto (or cello). Composed during the summer of 2013 after hearing polyphonic Renaissance songs at the Festival des Chapelles de l’île de Groix, this work comprises a Praeludium section, which precedes the following movement in the manner of an improvisation on the A string, like a prelude to a concert such as existed in the Baroque period. The Organum is a Renaissance form of composition based on a fundamental note, called pedal which allows the composer to attach one or several more melodious voices to it, in imitation or complement (duplum, triplum, quadruplum, etc.) 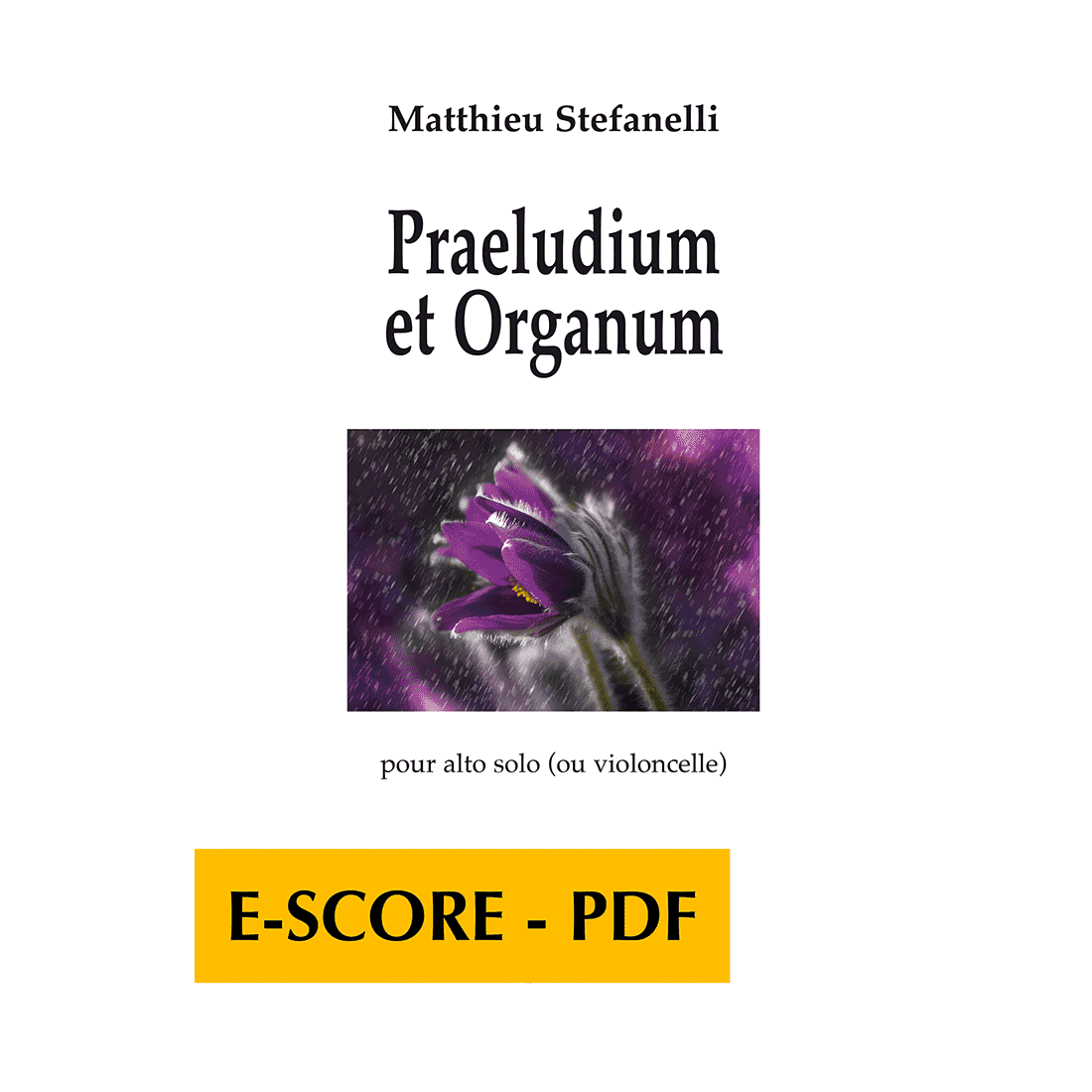