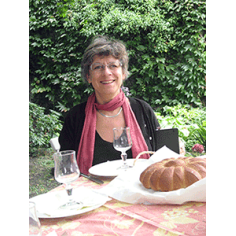 Professor Emerita of philosophy of language (University of Paris 8), Antonia Soulez has first been working in ancient Greek philosophy before investigating into contemporary approaches to logic and language, namely the founders of analytical philosophy: The Vienna Circle, and its first great representative Wittgenstein. She published A Project of Philosophical Grammar (on Plato, her State doctorate thesis), then the Manifesto of the Vienna Circle (dir. 2nd edition Vrin 2010). Her interests shifted towards Wittgenstein and music. Hence her book Au fil du motif, autour de Wittgenstein et la musique (Delatour France) which inaugurated a new collection in 2012 on philosophy and music she is co-directing with Julien Labia. A conference, coordinated by Moreno Andreatta and François Nicolas, was organized around this latter book the following year in 2013bIRCAM/ENS, salle Dussane, ENS rue d’Ulm, Paris 5e.

She also participates to musical events and colloquia and publishes in music reviews namely recently Musimediane on line (an article on Steve Reich, read at IRCAM December 2014) and Filigrane on line (on George Crumb, around sound-ecology). Her reply to Alain Badiou Is Wittgenstein an antiphilosopher ? has been published  at Lambert-Lucas publ.  2016, éditions Lambert-Lucas, Limoges. The reedition of Wittgenstein’s Dictations to Waismann and for Schlick(she directed) was published at Vrin in 2015. An encounter around her work  took place at the Sorbonne on the 2nd of April 2016. A issue of the Revue de Métaphysique et de morale on Wittgenstein, years of transition, appeared in 2019 (n° 4) that contains the Proceedings of the Conference. The engineer-minded Wittgenstein is the subject-matter.

In parallel, she has poetical activities mainly focused on sound and music. She has published Timbres (D’Ecarts publ. Mireille Batut d’Haussy), then several poems in different issues of the Review Po§sie, dir. Michel Deguy. Sons-couleurs and Qualia (both illustrated by painters, Marouchka Morgenstern ans Jackie Kiang) have been published in Delatour France, coll. « Quatuor » dir. Jean Marc Chouvel who also improvizes on her poems. With him she also prepares the publication of another poetry-book to appear in the same collection (Delatour France) with a CD audio of their performance (poetry reading and clarinet) presented at the festival aCROSS’15 MUTTUM Les mots et les sons, org. April 2015 by Lenka Stransky at Plaisir.

She has collaborations with musicians, namely,  Moreno Andreatta (IRCAM) piano and song, and Jean-Marc Chouvel, clarinet., Roula Safar, mezzo-soprano, and from time to time, Pascal Marzan (guitar). She is a member of the Association Tour de Guet,  Visions contemporaines, dir.  by Jean-Marc Chouvel who has organized many events around music and poetry, as well as colloquia on philosophy and music to which she has participated.

The book that “les philosophes et les sons”, gathering articles on composers of modern and contemporary times (some of them published or on line)  has appeared in the collection she directs with Julien Labia. It has been presented at Tschann bookshop, Paris. She  puts into question the traditional status of so-called « philosophy of music » that new conceptions of sounds have contributed to shake in radical ways. It appeared with a foreword by Julien Labia, and contains in the end a postface in form of a dialogue with the composer Horacio Vaggione. The presentation was held also in Tschann bookshop, in February 2022.

She is now writing an intellectual autobiographical book, “from the Greeks to the analytical philosophers” in which she developes a conception of  writing philosophy as a Dichtung- activity. 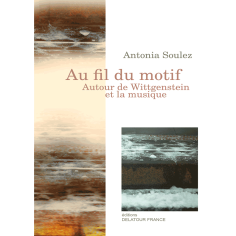 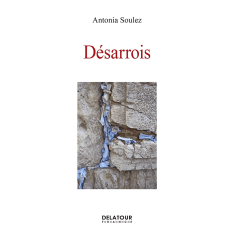 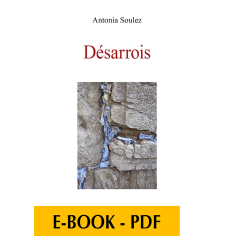 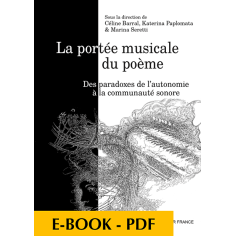 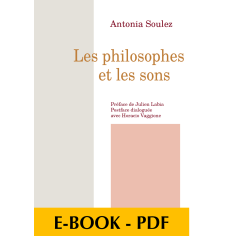 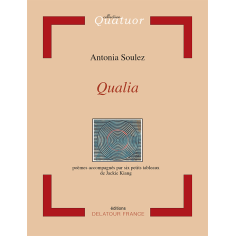 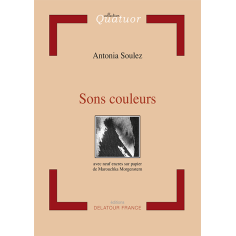 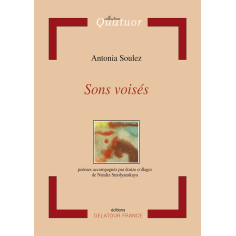 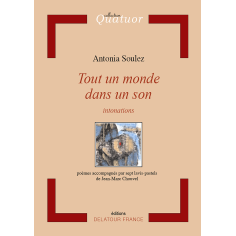